Damon Silvers on labor law and the crisis

…To grasp what needs to be changed, it is necessary to review the thirty years of policy that got the United States to where we are. But in the area of labor market regulation, we really need to go back further, to give the background of a time when we had a high wage national labor market policy. Between the passage of Section 7 of the National Recovery Act in 1933 and the passage of the Taft-Hartley Act in 1948, it was pretty clearly the policy of the United States government to foster unionization in the private sector. This policy found its clearest expression in the preamble to the National Labor Relations Act, but its most powerful political expression in the actions taken by the War Labor Board. Here is the War Labor Board in action. This man was the CEO of Montgomery Ward, the Wal-Mart of its day. 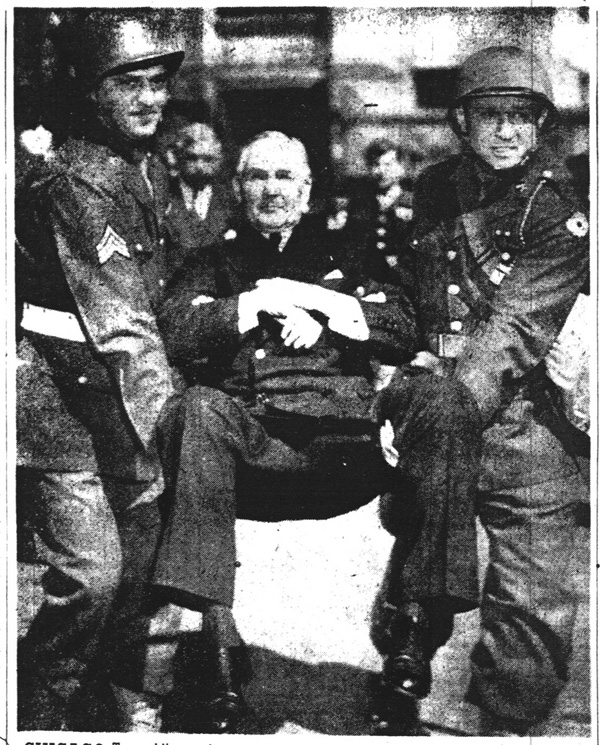 Army Seizes Montgomery Ward President Avery Sewell on April 27, 1944
If you saw this picture in your newspaper, as most American employers did in 1944, it didn’t take much legal analysis to understand that there could be serious consequences to opposing workers’ right to organize.

The rest at:
http://www.iir.berkeley.edu/events/spring08/feller/
(Thanks to Michael Pollak at LBO-Talk for this.)