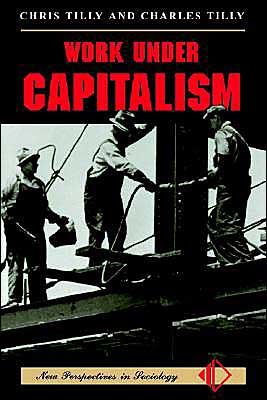 Here are some quick reactions to the Steering Committee’s letter for members, in hopes of getting some online discussion going.  First off, I want to thank the steering committee for a frank and thoughtful communication.
I imagine there was discussion at ASSA, but since I did not take part, here are a couple of thoughts.
1) It is a good thing for URPE and URPE members to reach out to progressive movements.  In doing so, it is important to keep in mind that we can take advantage of many established channels to reach broader audiences.  Close to my heart is Dollars & Sense www.dollarsandsense.org , which was founded back in 1974 by URPE stalwarts and is still going strong with both the magazine (plus web-only content) and the classroom books, most of which compile magazine pieces. There are the think tanks (EPI, CEPR) that commission policy-oriented pieces, especially aimed at reaching a Washington policy audience.  There are LOTS of more subject-specific publications (New Labor Forum and WorkingUSA in my field of labor; Shelterforce in housing; NACLA on Latin America; etc.).  The politics of these outlets are variable, but all of them have a tent big enough to include radical political economy.  It is not necessary to re-invent this wheel.
2) Thoughts on the summer conference.  First, let me be clear that I’m a pretty marginal member of URPE.  I usually go to a session or two at ASSA, haven’t presented for years (though I was a discussant in 2010), don’t usually find much that interests me in RRPE.  As of 2013, the Labor and Employment Relations Association (LERA), where I hang out for most of ASSA, will shift its main meeting to summer, leaving only a rump group of sessions at ASSA, and at that point there’s a good chance I will stop going to ASSA, or at least go very infrequently.  So put my comments in context.  (On the other hand, a lot of URPE members are probably a lot like me.)
When I was a grad student, I went to the summer conference a couple of times.  It was important to me as a safe place to try out papers, and a venue to informally interact with some high profile URPE folks.  I have never been to the summer conference since the mid-1980s.  Partly it was because the location shifted away from Cape Cod (which was an easy drive for me from Boston).  Also, I became focused on larger conferences where there was a greater density of people doing related work, a greater range of topics and research groups represented, and more prestige.  One could argue that unless senior URPE members like me go to the summer conference, new waves of grad students will not have experiences like the one I had.  Fair enough, but that argument has never managed to convince me to go, especially since I feel like I do interact with grad students at LERA, ASA, LASA, and elsewhere (including URPE at ASSA).  Anyway, bottom line is that I am consistently in the 90% who do not go to the summer conference, and likely to stay in that 90%.  From that distance, the Steering Committee’s cost-benefit logic for not holding the conference sounds pretty reasonable.
If the summer conference does cease to be, it would be worthwhile to contemplate whether there are ways to serve some of the same purposes.  For example, at ASSA should there be some activities reserved for grad students, e.g. some grad student panels with senior discussants, a poster session?
Chris Tilly, UCLA