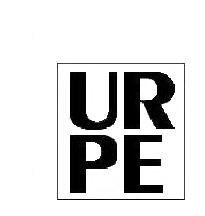 Over the last years URPE has been launching a number of projects. The goal is always to increase URPE’s usefulness to the process of developing and promoting political economy. And the Occupy Wall Street and other “Occupy” events of the last months, which can be expected, with ups and downs, to deepen in the future, make URPE’s work more important (and arguably more satisfying) than ever.
URPE was set up to be as participatory an organization as its members would make it. We on the Steering Committee (SC) would like to get more feedback from “the URPE grass roots” on what URPE should be doing, on what would help URPE members and others in teaching, and in working for and fighting for social economic justice.
We heard from a number of our members at our Brooklyn Conference and yearly business meeting the weekend of October 1-2. Two meetings coming up in the next 3 months will bring together other URPE members, namely the membership meeting at the ICAPE conference in November and next year’s business meeting at the URPE at ASSA meetings in January.
To get as many clearly formulated ideas as possible on what URPE could and should be doing to develop and promote political economy (and not simply have a meeting where ideas are thrown out and float off into space) we invite URPE members to:

The new activism that we are seeing today makes it ever more important for URPE to be an organization which promotes and develops radical political economy. URPE members are encouraged to share their ideas on how URPE can best do so.
This then is a call to begin now to share your ideas on what URPE can and should do. If you have any questions about this, please feel to contact Al Campbell directly at Al@economics.utah.edu.
– The URPE Steering Committee