Graph/Table of the Week: Unionization rates in Latin America 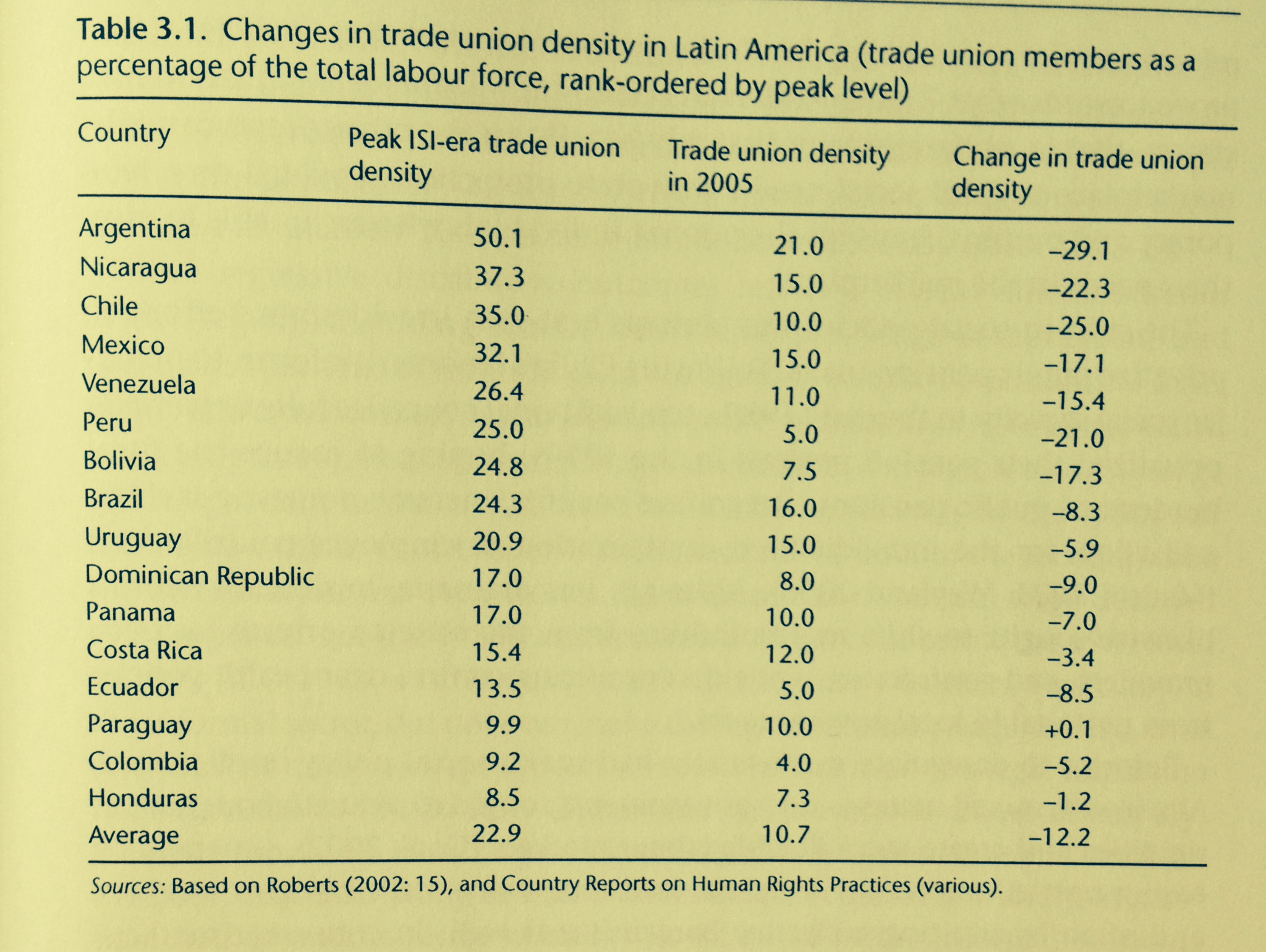 In other posts, in Naked Keynesianism (here and here), I commented of the effects of lower unionization rates on income inequality, price stability and growth in the UK and the United States. The table above from a paper by Kenneth Roberts from Cornell on inequality in Latin America, shows that unionization rates have also fallen considerably in the Latin American periphery. It is worth noticing that the Import Substitution Industrialization (ISI) period (roughly from the 1930s to the 1980s), was a period of fast growth in Latin America. Also, in many countries the process of industrialization and urbanization went hand in hand with higher real wages, expansion of the welfare system, lower poverty, and often reduced inequality, even if inequality in Latin America (with a few exceptions) remained relatively high by international standards. The table above shows that, as in many developed countries, the organized labor force has been under attack in Latin America. Neoliberalism, the Washington Consensus, and globalization have been forces to reduce labor power, and have gone hand in hand with lower rates of economic growth, and a new pattern of specialization more dependent on commodity and ‘maquila’ exports, or the emigration of workers and the consequent inflow of remittances.