Graph/Table of the week 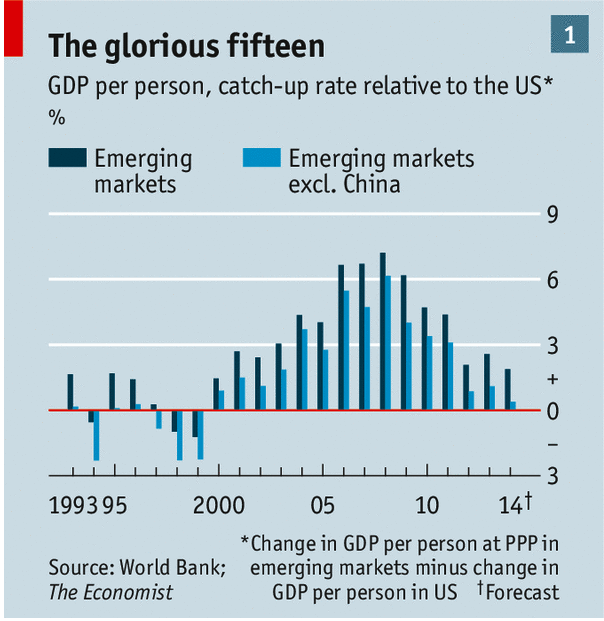 From The Economist. It shows how during the last decade and a half developing countries have been growing faster than advanced ones. I would certainly take with a grain of salt some parts of The Economist explanation for this mini-Golden Age (15 Glorious Years is a pun with how the French refer to the Golden Age, the 30 Glorious Years), in particular when they suggest that: “the introduction of market reforms deserves much of the credit for better performance in some countries than in others.” But they are correct that rapid growth in China, higher commodity prices, low rates of interest in advanced economies, and higher volume of trade have played a role in convergence. What The Economist does not say about the increase in trade is that a good part has been South-South trade, which has gone from being about 10% to closer to 30% of total global trade (see here).