Graph/Table of the Week

A lot of the discussion on income inequality goes to show how much those at the top have gained, including some of the graphs I posted here, which tend to look at the top of the distribution. Below the mean income (in 2013 prices) of the lowest fifth of US households. 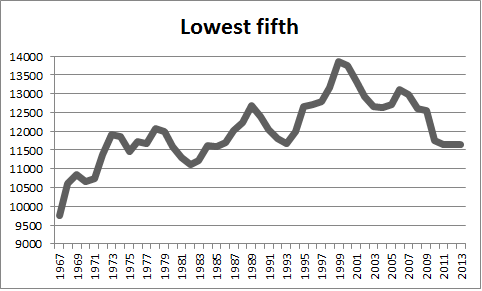