Graph/Table of the Week: Bernanke's Fed and Yellen's choices

So the whole discussion now is when, not whether, will Yellen increase the interest rate. Pressure is for her to do it soon, since supposedly we are close to full employment, which most economists (meaning the mainstream ones that didn’t see the crisis coming) suggest is between 5.2% and 5.5% (we are at 5.6%). Below the Fed Funds, and the 10-year treasuries rates during Bernanke’s tenure at the Fed. 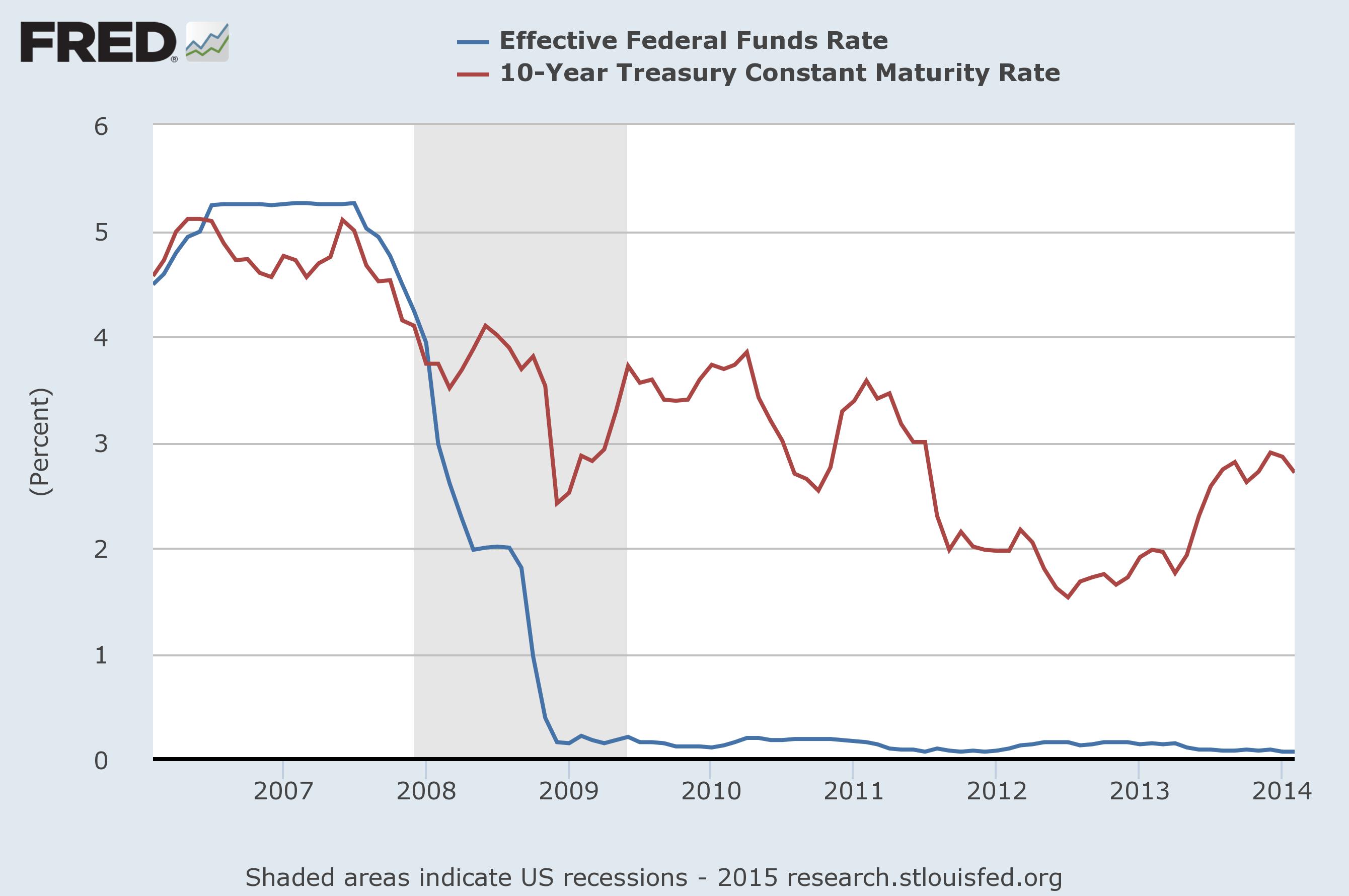 Note that he only increased the rate at the beginning of his chairmanship. He was following the policies already in place during his predecessor Greenspan, but it was during his tenure that the yield curve got inverted, with the short term rate above the long one (blue line above red). If anything the mistake was raising the Fed Funds too much, and of course not dealing with the bubble and regulation of financial markets.  One wonders if they are again going to raise too much, and not deal with regulation. Maybe we’re planting the seeds of the next crisis. Oh well.