Why the Left Isn’t Talking About Rural American Poverty 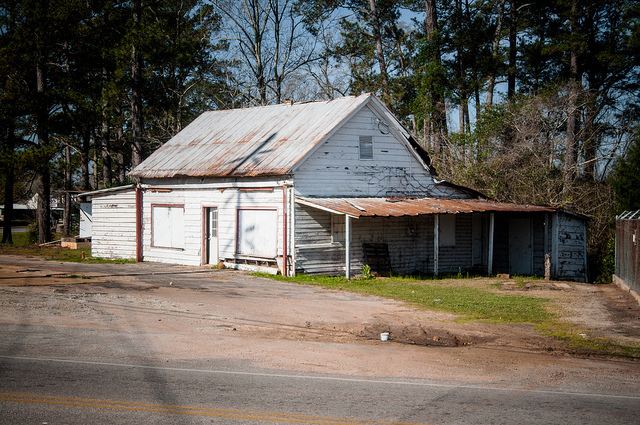 From In These Times:

Within the popular American conscience—arguably a close reflection of the mainstream media—there are two favored focal points for discussing the problem of poverty. The first is within the urban, inner city context—often conflated with black poverty—which has held a critical role in American political and cultural discourse throughout most of the past century. The second is the poverty of the Global South: Sub-Saharan Africa, Latin America, South Asia, and the rest of the developing world. What seldom gets talked about—and when it is, often with irreverent humor and contempt—is the poverty of rural America, particularly rural white America: Appalachia, the Ozarks, the Mississippi Delta, the Dakotas, the Rio Grande Valley, the Cotton Belt. If you spend time among coastal liberals, it’s not unusual to hear denigrating remarks made about poor “middle Americans” slip out of mouths that are otherwise forthcoming about the injustices of poverty and inequality. Yet, since the 1950s, Americans living in non-metropolitan counties have had a higher rate of poverty than those living in metropolitan areas. According to the 2013 American Community Survey, the poverty rate among rural-dwelling Americans is three percent higher than it is among urban-dwellers. In the South, the poorest region of the country, the rural-urban discrepancy is greatest—around eight percent higher in non-metro areas than metro areas. So why is the poverty of rural America largely unexamined, even avoided? There are a number of explanations.