New Book by Andreas Malm: Fossil Capital – The Rise of Steam Power and the Roots of Global Warming 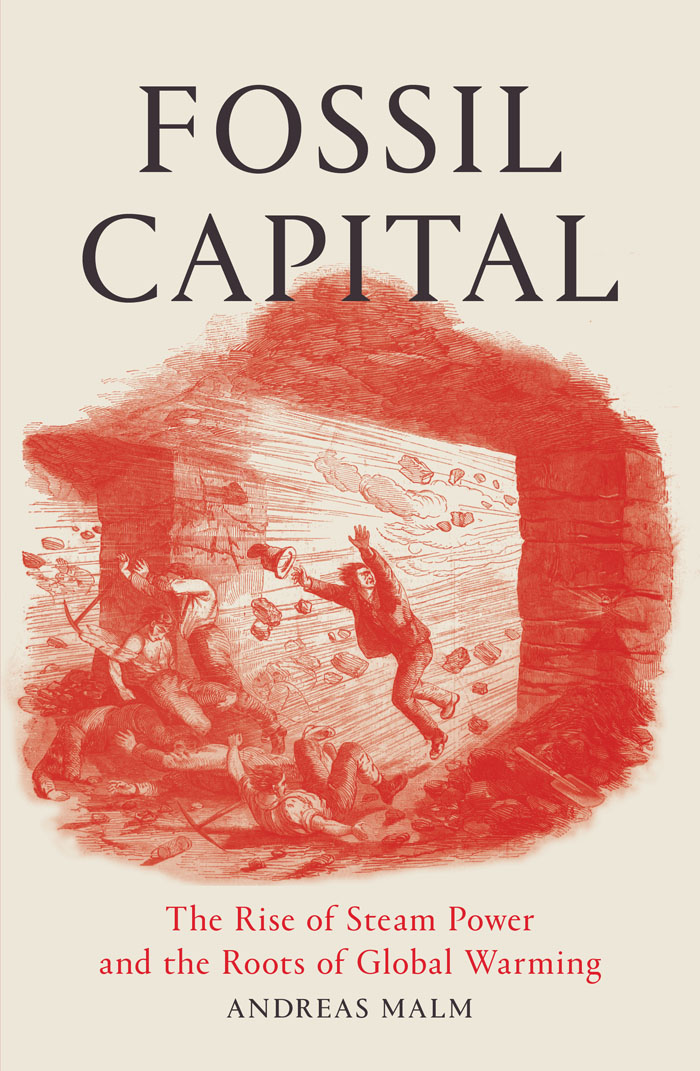 The more we know about the catastrophic implications of climate change, the more fossil fuels we burn. How did we end up in this mess? In this masterful new history, Andreas Malm claims it all began in Britain with the rise of steam power. But why did manufacturers turn from traditional sources of power, notably water mills, to an engine fired by coal? Contrary to established views, steam offered neither cheaper nor more abundant energy—but rather superior control of subordinate labour. Animated by fossil fuels, capital could concentrate production at the most profitable sites and during the most convenient hours, as it continues to do today. Sweeping from nineteenth-century Manchester to the emissions explosion in China, from the original triumph of coal to the stalled shift to renewables, this study hones in on the burning heart of capital and demonstrates, in unprecedented depth, that turning down the heat will mean a radical overthrow of the current economic order.