A Reader’s Guide to Socialism in the United States 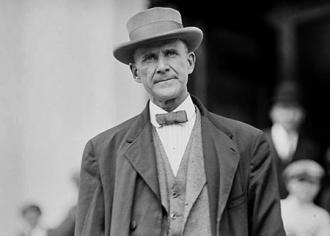 Originally posted by International Socialist Organization (ISO) here
Bernie Sanders’ presidential campaign is helping to revive the ideas of socialism in the United States. In fact, there is a rich history of working class, radical, and socialist struggle in this country that most of us never get to hear about. The last time an open socialist ran for President of the United States and got a mass audience was in 1920 when Eugene Debs ran from prison and got a million votes.
Debs had been sent to prison in 1918 for his opposition to World War I. At his sentencing he declared that, “while there is a lower class, I am in it, and while there is a criminal element I am of it, and while there is a soul in prison, I am not free.” He added that while he “could have been in Congress long ago, I prefer to go to prison.” This is the spirit of the tradition of socialism-from-below that he embodied so well.
Despite the best efforts of the Clinton campaign, the media, and mainstream economists to convince us that fundamental change is impossible, Sanders’ popularity is showing that millions of people are open to a socialist alternative. This alternative has existed throughout U.S. history and is much deeper and far-reaching than any electoral campaign. It has been at the heart of the struggles of working class and oppressed people, and the hope, embraced by successive generations, that a radical transformation of society is not only necessary but possible.
For those inspired to learn more about this history, here is a brief list of readings and speeches that we think are a great place to start.

A reading of Eugene Debs’ Canton, Ohio speech opposing WWI.
Anthony Arnove’s on Eugene Debs at the 2011 Socialism Conference.
Brian Jones on Karl Marx and the US Civil War.
Sharon Smith on the general strikes in Minneapolis, San Francisco and Toledo in 1934.
Anton Ford on the Communist Party and the Struggle Against Racism in the 1930s.
Khury Petersen-Smith on the Rise and Fall of SDS in the 1960s.

Elizabeth Schulte on socialism according to Eugene V. Debs.
Paul Heideman on “the Black Bolsheviks“.
Bill Roberts on “Eugene Debs and American Socialism“—a review of a biography of Debs.
Joe Richard on “the Legacy of the IWW“.
Dan Georgakas on “the Revolutionary Struggles of Black Workers in the 1960s“.
Hal Draper on “The Two Souls of Socialism”.
Paul D’Amato on the question of racism and Black oppression and on the question of whether a revolution possible in the United States.

The Bending Cross: A Biography of Eugene V. Debs by Ray Ginger
Revolution in Seattle: A Memoir by Harvey O’Connor
Subterranean Fire: A History of Working Class Radicalism in the United States by Sharon Smith
The American Socialist Movement, 1897-1912 by Ira Kipnis