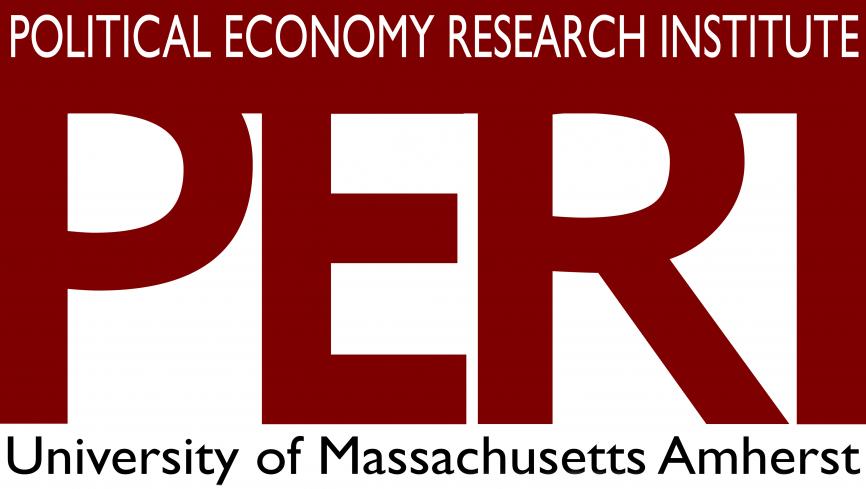 By Robert Pollin, James Heintz, & Thomas Herndon
From the abstract:

This paper estimates the revenue potential of a financial transaction tax (FTT) for U.S. financial markets. We focus on analyzing the revenue potential of the Inclusive Prosperity Act that was introduced in the U.S. House of Representatives in 2012 and the U.S. Senate in 2015. The tax rates stipulated in this Act include 0.5 percent (50 basis points) for all stock transactions; 0.1 percent (10 basis points) for all bond transactions; and 0.005 percent (0.5 basis points) on the notional value of all derivative trades. We examine three sets of evidence to generate potential revenue estimates: 1) the levels of transaction costs in U.S. financial markets over time and within the range of financial market segments; 2) the extent of trading elasticities under various trading conditions; and 3) the current level of trading activity in U.S. financial markets. Based on this evidence, we conclude that a US FTT operating at the tax rates stated above would generate about $340 billion per year, assuming that a combination of trading volume decline and tax avoidance generates the equivalent of a 50 percent fall in trading revenue. We then consider additional factors whose impact will reduce the net revenue generated by the Act. Adding up these various considerations, we conclude conservatively that the net revenue potential of this U.S. FTT is around $300 billion per year, which equals approximately 1.7 percent of current U.S. GDP. This revenue estimate as a share of GDP is consistent with experiences in other countries which have operated with FTTs with similar tax rates and other design features. It is also consistent with other projections based on tax rates that are comparable to those we are examining. In addition, we examine the 18-fold increase, between the 1970s and the present, in the ratio of stock market trading relative to productive investment spending by U.S. nonfinancial corporations. This sharp rise in stock-market trading as a share of productive investments has not been associated with any growth in productive investments themselves. Working from this evidence, we conclude that a U.S. FTT, which should bring a fall in stock market trading relative to productive investment spending, should not, on balance, produce significant negative effects on productive investments.