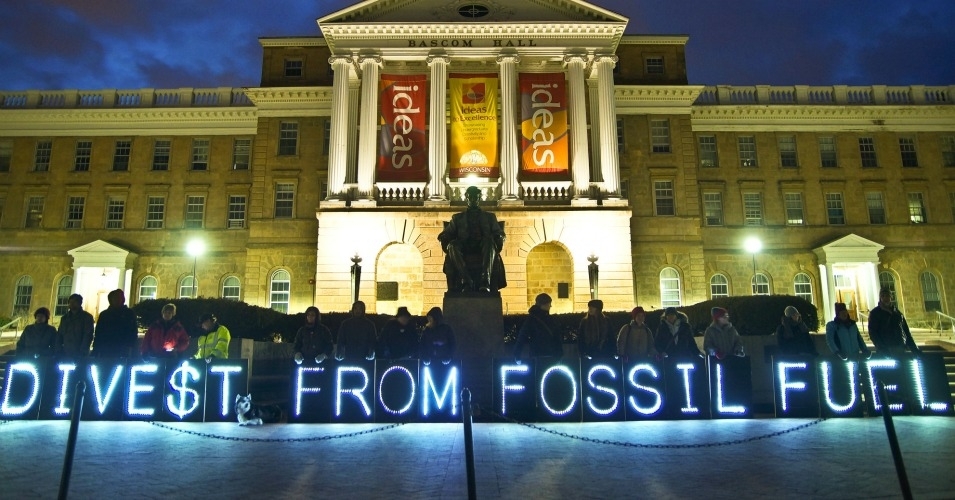 The fossil fuel divestment movement continued its momentum this week as students across the U.S. highlighted the need for their institutions to dump “support of global climate disaster, exploitation, and human suffering.”
On Tuesday, for example, four members of Divest Harvard were arrested after staging a sit-in at the Federal Reserve Bank building, where the Harvard Management Company, which manages that university’s endowment, is located.
That company “is the entity that actually does the day-to-day work investing in fossil fuel companies, so we thought it would be appropriate to take our message to this other important actor,” Harvard Law School student and Divest Harvard student Kelsey Skaggs, told the Crimson.
Another Harvard student, Jonathan Hiles, explained in a statement that, rather than divesting, his school “is making a large investment to support struggling fossil fuel companies and get them back to business as usual disrupting the climate. Harvard Management Company is contributing to the climate crisis even as it threatens to submerge parts of Boston within our lifetimes.”
Arrests—34 so far—also took place at the University of Massachusetts-Amherst, where students demanding fossil fuel divestment are on their fifth day of a sit-in.
Though university officials said this week that they’d support a divestment system, the climate campaigners are looking for a specific proposal for action.
“The president and the chairman have expressed support for divestment and we just want to make sure that they see the urgency that we do on this issue,” UMass sophomore Mica Reel told local 22News. “The fossil fuel industry is incredibly destructive, and it’s destroying the most marginalized communities and it’s also destroying communities around here.”
See more here