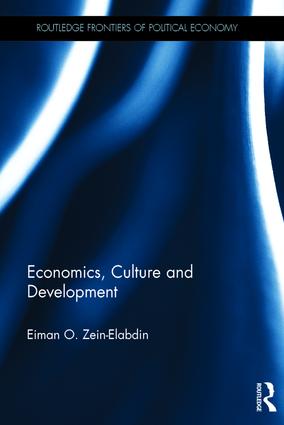 This book examines the treatment of culture and development in the discipline of economics, thereby filling a conspicuous gap in current literature. Economics has come a long way to join the ‘cultural turn’ that has swept the humanities and social sciences in the last half century. This volume identifies some of the issues that major philosophies of economics must address to better grasp the cultural complexity of contemporary economies. It is an extensive survey of the place of culture and development in four theoretical economic perspectives—Neoclassical, Marxian, Institutionalist, and Feminist. Organized in nine chapters with three appendices and a compendium of over 50 interpretations of culture by economists, this book covers vast grounds from classical political economy to contemporary economic thought. The literatures reviewed include original and new institutionalism, cultural economics, postmodern Marxism, economic feminism, and the current culture and development discourse on subjects such as economic growth in East Asia, businesswomen entrepreneurs in West Africa, and comparative development in different parts of Europe. Zein-Elabdin carries the project further by borrowing some of the insights from postcolonial theory to call for a more profound rethinking of the place of culture and of currently devalued cultures in economic theory. This book is of great interest for those who study Economic development, International relations, feminist economics, and Economic geography.