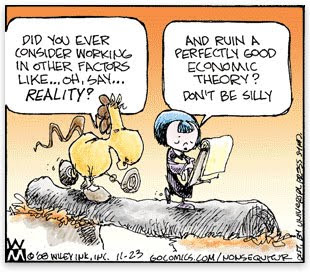 People have always chosen among different co-existing economic theories to understand the world and to act within it. Who chooses which theory, consciously or not, shapes world history. Disagreements over Brexit emerged partly from different ways of understanding the British economy and its relation to Europe. Donald Trump’s support grows partly out of economic theories different from those used by supporters of Hillary Clinton or Bernie Sanders. The last century’s global politics swirled around quite different theories of the difference between capitalism and socialism. Political struggles often reflect clashing economic theories and political strategies often include making one theory dominant and marginalizing or silencing others.
To appreciate the economic theory choices confronting the capitalist world and global politics today, it helps to see how parallel choices shaped pre-capitalist economies. For example, wherever the chattel-slave economic system has existed (alone or together with other systems), people constructed theories about why the slave system existed, how it worked, etc. The same is true for all other economic systems (feudal, capitalist, etc.). Every system always included those who loved and evaluated it highly and those who hated and opposed it, as well people positioned in between. Individuals’ evaluations were typically consistent with their explanations. People chose among theories that either extolled the system’s virtues or criticized its flaws and faults, or positioned itself somewhere in between. In short, the line between evaluation and theory has always been — and is today — fuzzy and porous. Those who insist that their evaluations and theories do not shape one another usually blur that line the most.
Highly placed economic theorists usually evaluate the system prevailing in their societies very positively and construct celebratory theories about it…