Faculty Are Locked Out at LIU Brooklyn 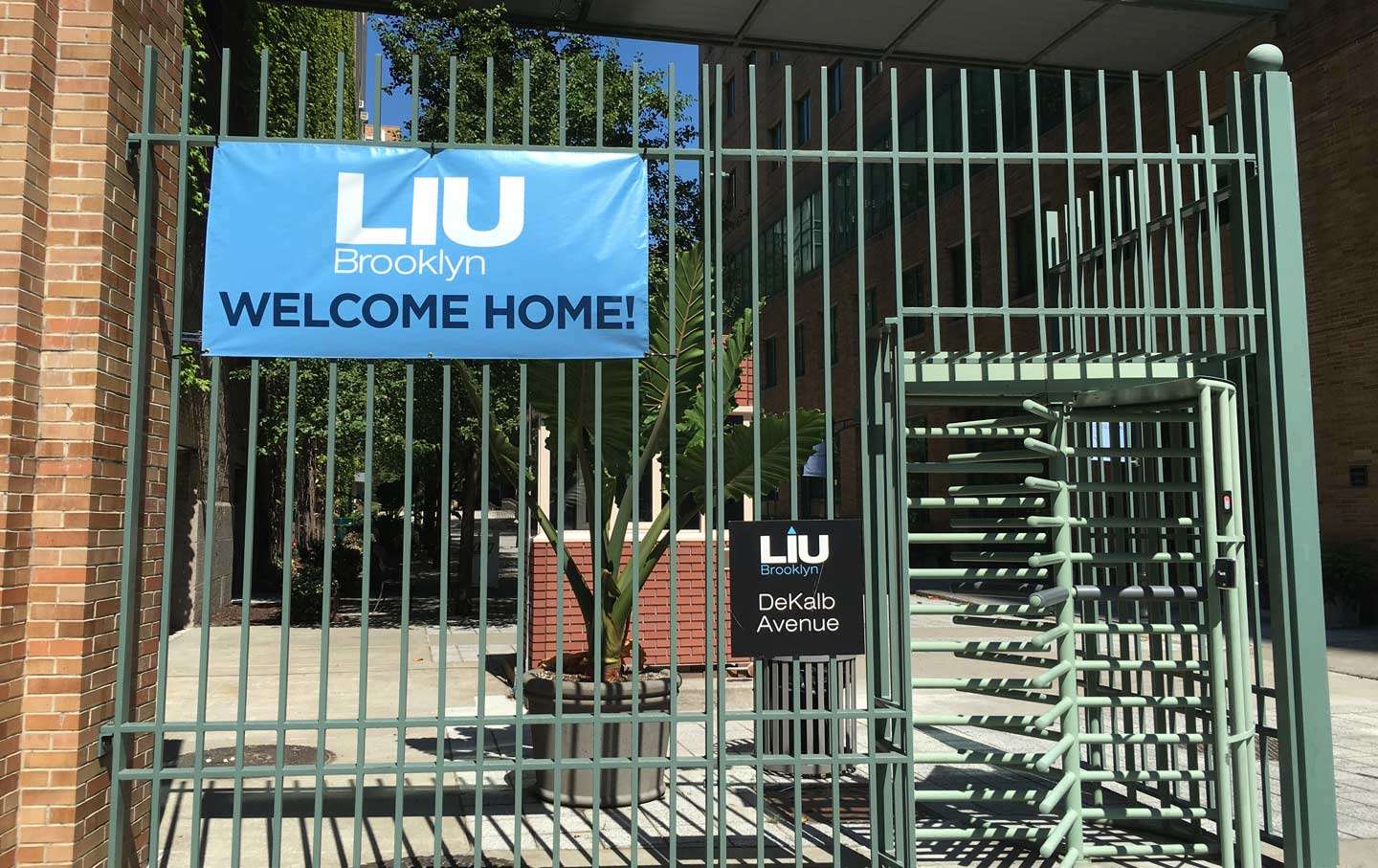 In April, the union and the administration began negotiating a new contract to replace the one set to expire on August 31. Sticking points included cuts to wages for new full-time faculty and adjuncts, the longstanding imbalance in salaries at the Brooklyn campus compared to those at the Post campus on Long Island, and changes to post-tenure review, adjunct teaching hours, and faculty say in class size and online curriculum. Negotiations were still happening in early July when faculty learned the administration had posted notices of job openings for teachers. On August 31, the administration presented its last best offer, which in a letter to faculty it claimed “contains generous increases in salary minima and base wage increases and addresses other areas of concern.” This letter also included the less-than-generous news that faculty were getting locked out, citing the “historical likelihood of a strike.” According to Kevin Pollitt, a labor relations specialist with New York State United Teachers, this is the first time that higher-ed faculty have ever been locked out.

Read rest here
P.S. #LiuBrooklyn is recruiting #scabs at this number: (718) 488-1006. Flood the line and tell them to end the lockout and bargain in good faith.