Call for papers: The Bicentenary of Karl Marx 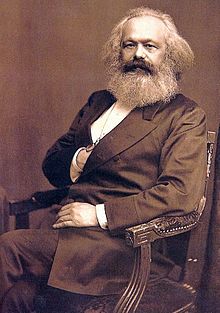 2018 marks the year of the bicentenary of Karl Marx’s birth. On this occasion, a conference will be held in Lyon between 27-29 September 2017 to recall Marx’s achievements as an economist and political philosopher.
Was Marx the “odd man out”, a “crank”, whose contribution defies any conventional classification and assessment? Was he a “minor post Ricardian”, as has been contended? Was he a genius of political economy, whose statements contain indubitable truths, as some of his followers maintain? The questions to be dealt with include the following: What is the relationship between Marx’s philosophical training in Hegel and Kant and his political economy? What is the relationship between his political economy and that of the classical economists? To what extent was he aware of the rise of the marginalist doctrine and how did he react to it? How were his propositions received in the academic and political sphere? How did his message spread around the world? What can we learn from him today? Thanks to the publication of substantial parts of the new MEGA edition, we can now form a much clearer idea of the progress of Marx’s work and the reasons why he did not succeed in completing Das Kapital. Contributions that take into account the MEGA are especially welcome.
All proposals of papers (1,000 words at the most) on all aspects of Marx’s thought and writings will be welcome. They must be sent simultaneously to Rebeca Gomez Betancourt (rebeca.gomezbetancourt@univ-lyon2.fr) and Gilbert Faccarello (gilbert.faccarello@u-paris2.fr) no later than 15 February, 2017. (Full papers are due by 15 July, 2017.)
Authors submitting papers do so on the understanding that papers accepted for the conference are eligible for a special issue of the European Journal of the History of Economic Thought.
In supplement and as a prelude to this event, the conference will be preceded by a day of lectures and debates around the work of Karl Marx, in order to introduce the Marx studies to PhD students and young research fellows interested in the topic.