Economic growth in the United States: A tale of two countries 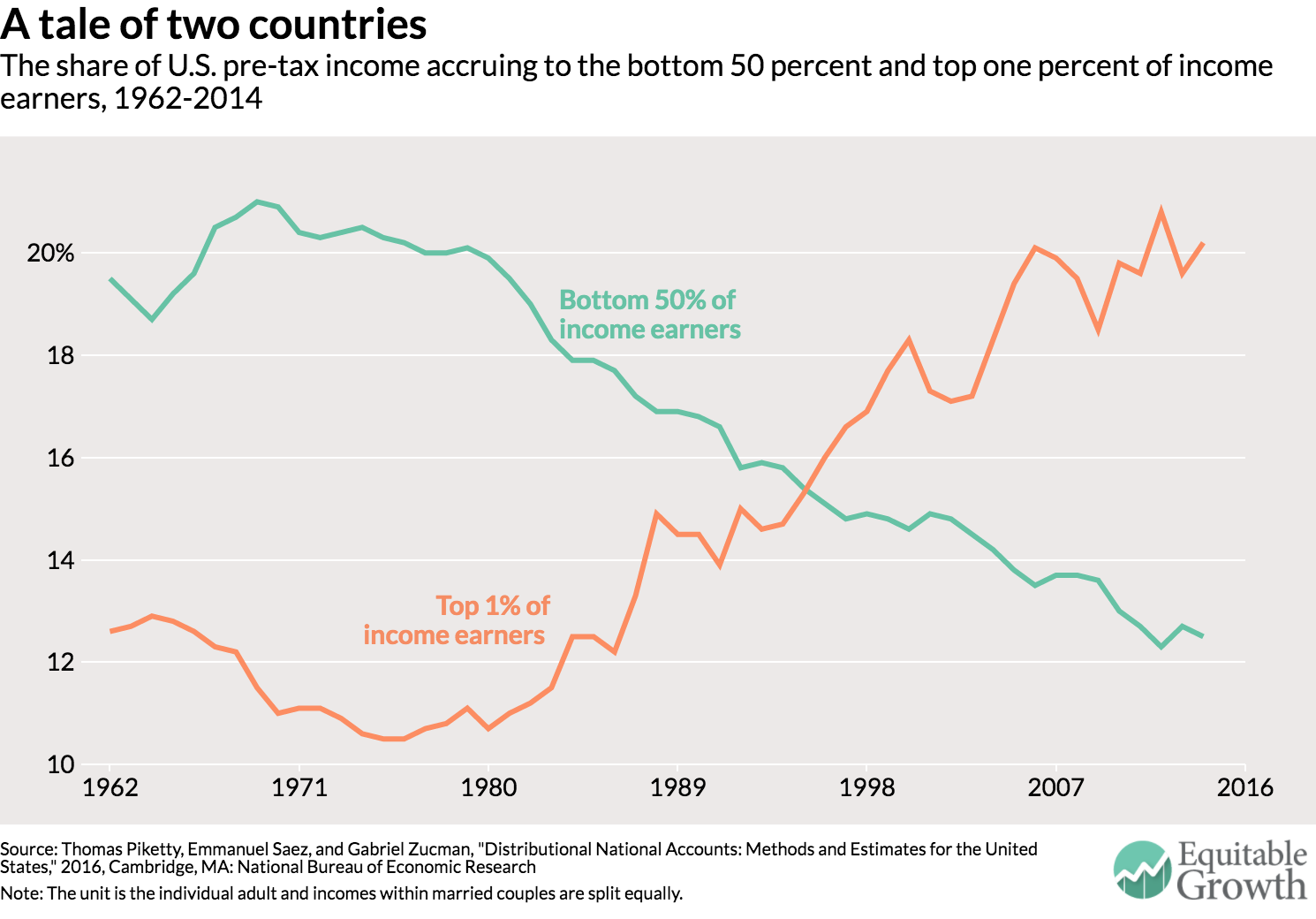 The rise of economic inequality is one of the most hotly debated issues today in the United States and indeed in the world. Yet economists and policymakers alike face important limitations when trying to measure and understand the rise of inequality.

One major problem is the disconnect between macroeconomics and the study of economic inequality. Macroeconomics relies on national accounts data to study the growth of national income while the study of inequality relies on individual or household income, survey and tax data. Ideally all three sets of data should be consistent, but they are not. The total flow of income reported by households in survey or tax data adds up to barely 60 percent of the national income recorded in the national accounts, with this gap increasing over the past several decades.1

This disconnect between the different data sets makes it hard to address important economic and policy questions, such as:

A second major issue is that economists and policymakers do not have a comprehensive view of how government programs designed to ameliorate the worst effects of economic inequality actually affect inequality. Americans share almost one-third of the fruits of economic output (via taxes that help pay for an array of social services) through their federal, state, and local governments. These taxes collectively add up to about 30 percent of national income, and are used to fund transfers and public goods that ultimately benefit all U.S. families. Yet we do not have a clear measure of how the distribution of pre-tax income differs from the distribution of income after taxes are levied and after government spending is taken into account. This makes it hard to assess the extent to which governments make income growth more equal.2