EPI: A Social Democratic Public Investment Agenda for the USA 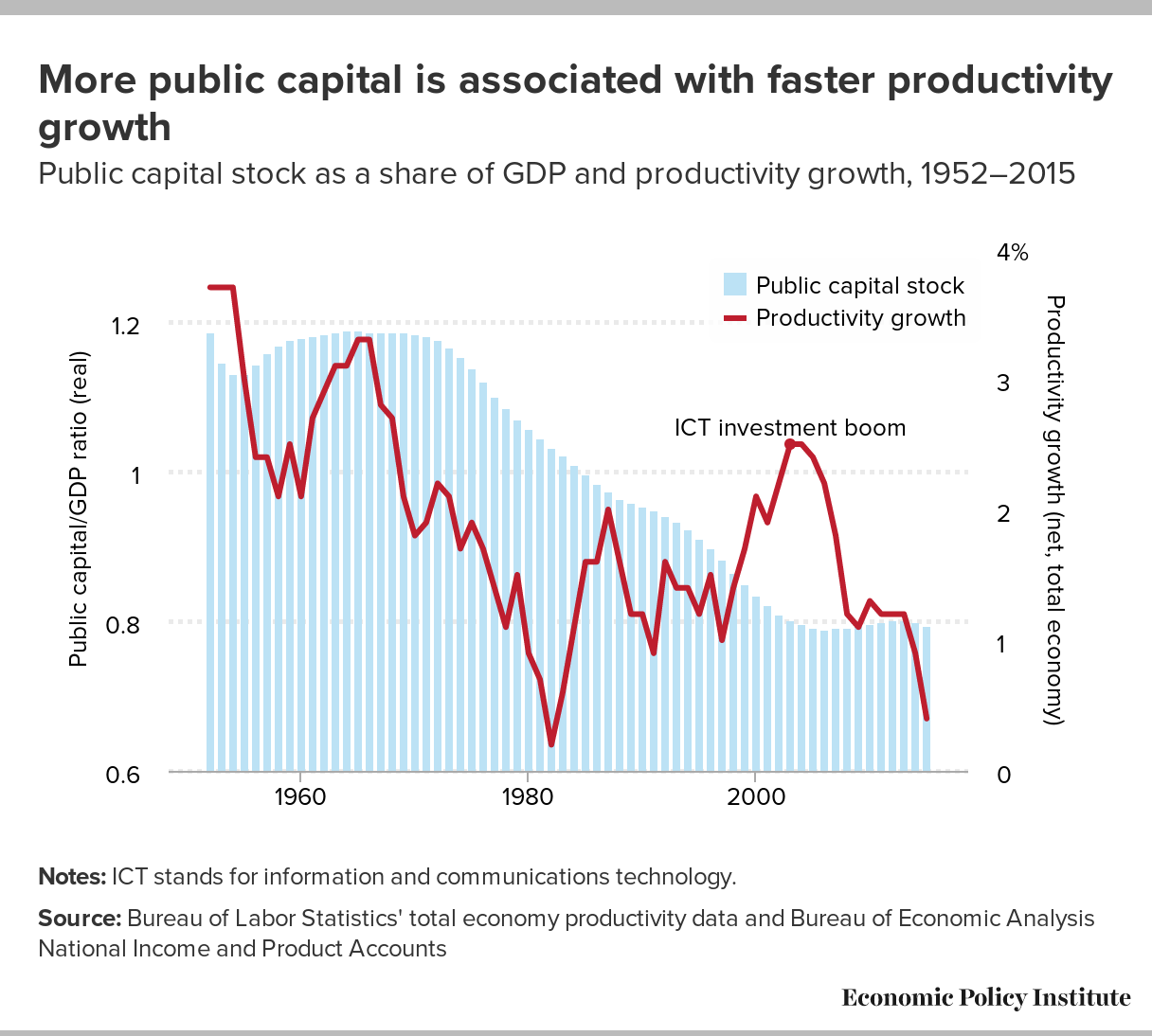 By Josh Bivens and Hunter Blair

A welcome theme in the 2016 presidential election was a commitment to increasing public investment. Both candidates in the Democratic primary put forward detailed plans for such investments, and in the general election contest, Donald Trump generally criticized Hillary Clinton’s five-year, $275 billion plan for infrastructure as too small. Now that the election is over, it is time to translate these campaign promises into reality, and get serious about correctly diagnosing and fixing America’s chronic underinvestment in the roads, bridges, educational institutions and other things that make up the public capital stock. This policy brief makes a number of points that should inform evaluations of public investment plans issued by President-elect Trump and Congress.