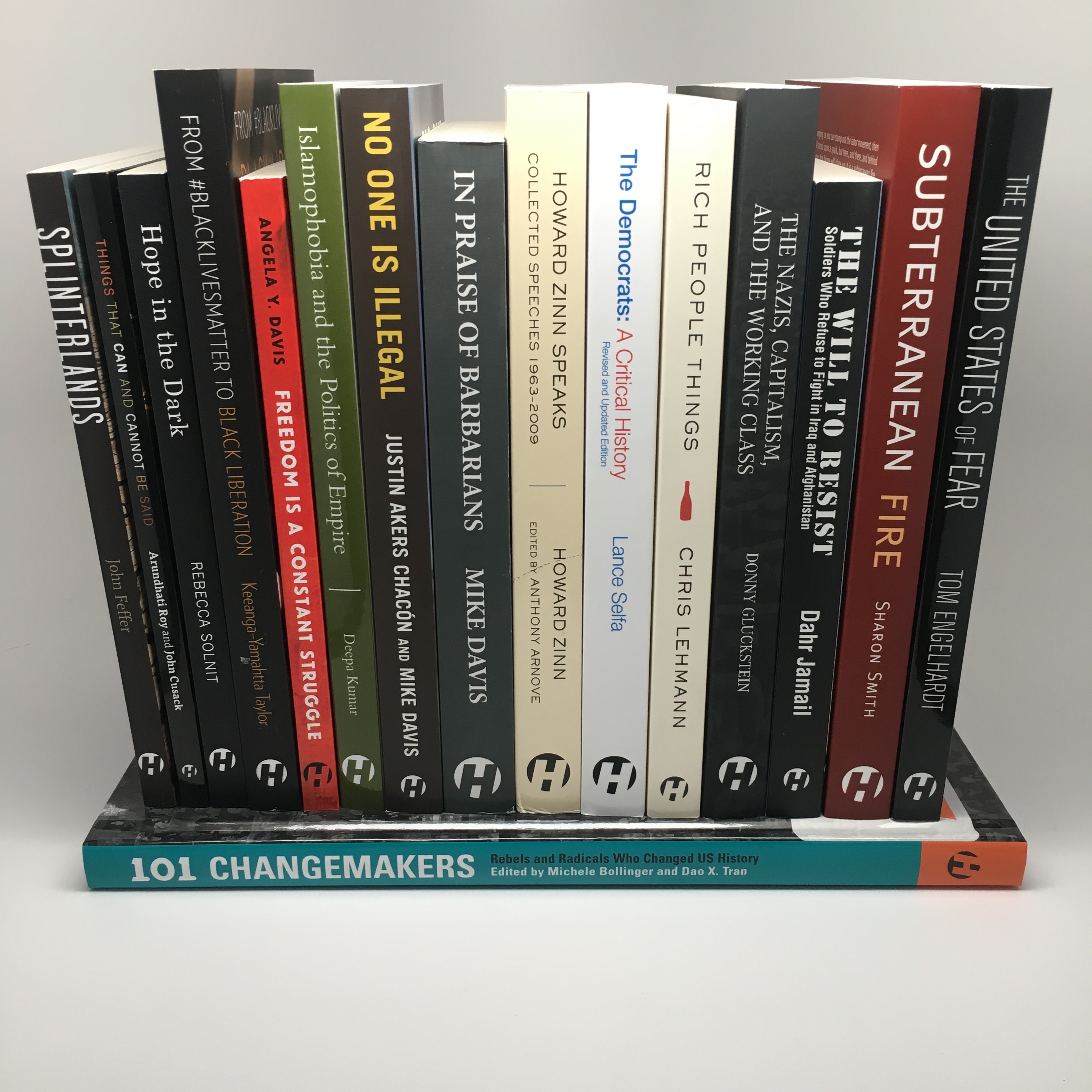 In a sense the entire Haymarket books catalog is made up of “books to stop Trump and the grotesque system that spawned him;” we publish books of radical politics, theory, and history intended to arm those looking to understand the world in order to change it.
In that spirit, Haymarket books has put together this short list for all of you who are looking for resources to understand Trump’s election, how we got to this point, and how we can organize to fight for a better world:

Hope in the Dark by Rebecca Solnit
Freedom is a Constant Struggle by Angela Davis
Islamophobia and the Politics of Empire by Deepa Kumar
The Democrats: A Critical History by Lance Selfa
No One Is Illegal: Fighting Racism and State Violence at the U.S.-Mexico Border by Justin Akers Chacón and Mike Davis
For Young People: 101 Changemakers: The Rebels and Radicals Who Changed U.S. History, edited by Michele Bollinger and Dao X. Tran
Splinterlands by John Feffer
From #BlackLivesMatter to Black Liberation by Keeanga-Yamahtta Taylor
Things that Can and Cannot Be Said by Arundhati Roy and John Cusack
The United States of Fear by Tom Engelhardt
Subterranean Fire: A History of Working-Class Radicalism in the United States by Sharon Smith
Howard Zinn Speaks, edited by Anthony Arnove
The Nazis, Capitalism, and the Working Class by Donnie Gluckstein
The Will to Resist: Soldiers Who Refuse to Fight in Iraq and Afghanistan by Dahr Jamail
Rich People Things by Chris Lehmann