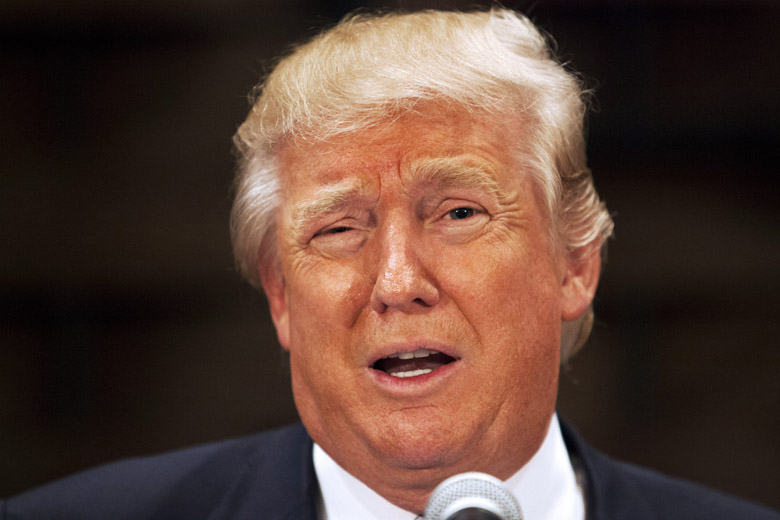 By Ivan Ascher
On November 9th 2016, despite the stunning news of Donald Trump’s electoral victory, the world’s financial markets did not crash. If anything, they rallied, thereby showing once and for all that markets do not care about ideology. So long as the Treasury goes to an alumnus of Goldman Sachs, it makes no difference to Wall Street who wins the United States Presidency.
Or does it? After all, is there not an elective affinity between the world of modern finance – which runs on risk and volatility – and the prospect of an erratic, nihilistic, fear-mongering billionaire becoming the next President of the United States?
Consider what we learned in 2008 –  namely, that today’s markets are chiefly derivatives markets. In the early 1970s, derivatives started being used in the management of financial risk – like the risk of doing business in a world without a gold standard. As it became possible to price these contracts with increasing reliability, however, the market in derivatives began to overshadow the market in stocks and bonds. As a result, the speculative dimension of market finance began to overshadow its function as a vehicle for investment.
Take credit default swaps. Not long ago, these were hailed as a solution to the problem of credit risk. If banks could insure themselves against borrower default, even poor people could get a mortgage and join the ranks of the “ownership society.” As more people went into debt, however, it also became possible for others to speculate on their potential misfortune. The hedge fund manager John Paulson, for instance, was thus able with the help of Goldman Sachs to place a billion-dollar bet on the likelihood that subprime borrowers would default on their payments.
When it eventually turned out that Paulson had been allowed to secretly select the mortgages on which he was betting, one Goldman Sachs employee was charged with securities fraud and the investment bank received a slap on the wrist. Paulson himself, however, simply walked away a billion dollars richer, only to resurface a few years later as Donald Trump’s economic advisor.
Beyond the depravity of many so-called investors and the systemic risk wrought by years of deregulation, what the 2008 crisis revealed is that Wall Street’s interests are not simply independent of those of Main Street. Much of the time, they are, in fact, radically at odds with the interests of the “real” economy and the polity at large. It is quite possible, for instance, that a pension fund manager would benefit from the increased vulnerability of those whose pensions he manages, just as it is possible that an insurance company would benefit from a perceived increase in the crime rate. In fact, even the rise of a saber-rattling and divisive demagogue is hardly inimical to the interests of some Wall Street financiers, many of whom stand to gain from increases in volatility.
But that is not all. If Donald Trump is indeed a figure of the age – an age of financialisation – it is not only because of his greed and recklessness. It is also because of his notoriously troubled relation to the truth. It is easy to agree with the New York Times that Trump is “pathological in his dishonesty.” But it is important also to recognise that his are no ordinary lies, and that while Trump is surely a sociopath, the pathology is not entirely his own. It is, in fact, prevalent in much of modern finance.
As John Maynard Keynes himself suggested, financial markets are not unlike a beauty contest in which participants are asked to select, from among a set of photographs, the faces they think will be deemed the prettiest. In such a contest, Keynes explained, players would choose not according to their own personal preference, but according to what they imagine other players would select. And indeed, in today’s markets as in the Miss USA pageant, it matters little what the true nature of beauty may be, or what “fundamental value” really amounts to. All that matters are people’s perceptions and the extent to which they can be divined or manipulated.
Like the news on Breitbart, financial markets are fueled as much by rumor as by facts. And in the era of high frequency trading, it makes no difference to speculators whether a stock price accurately reflects the performance of a given company. Likewise, today’s portfolio managers do not care about yesterday’s stock price, any more than the President-elect will care tomorrow about what he tweeted this morning. In both cases, all that matters is the volatility created by unpredictable quotes – a volatility that may be devastating for those whose reputations are at stake, but can be wildly lucrative for those who know how to capture it. And while Trump’s embrace of unpredictability is certifiably insane in matters of nuclear security, it is also perfectly consistent with the logic of speculative finance. And that is surely not good news.
originally posted here