CALL FOR ABSTRACTS/PAPERS: Agrarian Marxism in the 21st Century 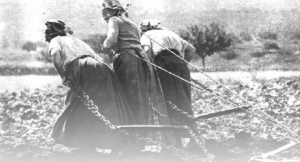 Journal of Peasant Studies Special Issue: Agrarian Marxism in the 21st Century
Guest Editors:
Michael Levien, Michael Watts and Yan Hairong
The purpose of this special issue is to advance heterodox reconstructions of agrarian Marxism on the occasion of Marx’s 200th birth anniversary in 2018.
Scholarship on the origins of agrarian capitalism and the purported contrasts between agrarian and industrial capitalism have been a vital part of debates over and within Marxism and have been central to the social scientific and historical understandings of the modern world system. At the same time, since the seminal debates associated with Karl Kautsky and Rosa Luxemburg, and especially between Lenin and Chayanov, agrarian studies is marked by durable and enduring tensions and even polarities in theoretical approach. For example, while Marxists have long criticized populists for ignoring capitalism and class, populists have charged Marxists with historical determinism. It is the premise of this special issue that much of this debate and in fact a good deal of the earlier peasant studies research of the 1960s and 1970s has reached something of an impasse. This is in part because new empirical work addressing the complex contemporary patterns and conjunctures of global agrarian capitalism, and because new and  generative heterodox theoretical reconstructions of Marxism itself, offer exciting new analytical horizons.
Progressive theoretical reconstruction presumes that, despite historical anomalies, there remains a core upon which to build. Whether the multi-linear agrarian trajectories and methodological approach of the Grundrisse; the late suppressed letters to Vera Zasulich; the humanism of the Paris manuscripts; or the nuanced accounts of historical agency in the political writings, we argue that there remains a non-determinist core to Marxian theory available for illuminating trajectories of agrarian change and political struggle in the 21st century. But while we will certainly entertain innovative contributions on Marxian theory, this issue will prioritize heterodox theoretical reconstructions based on deep and grounded empirical work on either contemporary or historical aspects of the agrarian question. We invite submissions which demonstrate how reconstructions of Marxian theory can illuminate agrarian change and politics in different parts of the world. Specific contributions might include but are not limited to:

Or, surprise us with proposals outside the listed themes above! We would like to underscore that while we are interested in contributions that demonstrate the utility of Marxian theory to explain these and other phenomenon of relevance to agrarian populations, we are interested in neither slavish applications nor simple refutations. Rather, we will prioritize contributions that challenge but also extend Marxian concepts in ways that enrich our theoretical and empirical understanding of capitalism, agrarian change and political struggle in the contemporary world.
Send abstracts to: jpscallforpapers@gmail.com
Important Dates:
Deadline for abstracts: Please send abstracts by 11 April 2017.
Decisions will be made by 30 April 2017.
Deadline for full papers: for those selected and invited, full papers are
due by 31 August 2017
Special issue release date: 5 May 2018.
For queries, email any of the guest editors, or send email to: jpscallforpapers@gmail.com or, Jun Borras, *JPS *Editor, junborras5@gmail.com