Will Washington’s New Pro-Moscow, Anti-Beijing Gang Drive a Wedge Through the BRICS in 2017? 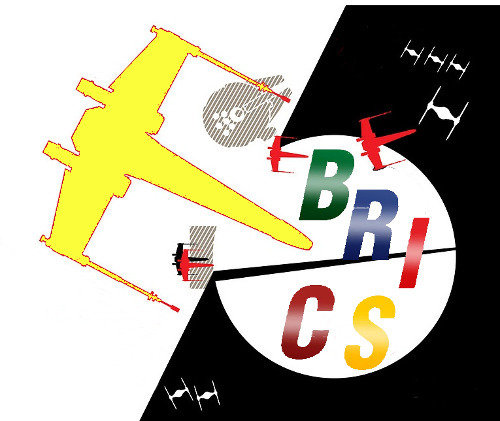 The weeks following an underwhelming Brazil-Russia-India-China-South Africa (BRICS) mid-September summit in Goa and the United States presidential election in November have unveiled ever-widening contradictions. Thanks to blatant corruption, presidential delegitimation has reached unprecedented levels in both Brazil and South Africa; while ruling-party religious degeneracy in India also included an extraordinary bout of local currency mismanagement; and sudden new foreign-policy divergences may wreak havoc in China and Russia. The BRICS bloc’s relations could well destabilize to the breaking point.

Even before the next major world recession arrives, probably within two years, the inexorable rise of intra-bloc conflict will be apparent at the September 2017 BRICS summit in Xiamen, China. Most obviously, the Brasilia, Moscow and New Delhi regimes are shifting toward Washington while those in Pretoria and Beijing are spouting well-worn anti-imperialist rhetoric, just as Donald Trump and his unhappy mix of populists, paleo-conservatives, neo-conservatives and neoliberals take power on January 20.

We should have been more concerned about these power relations much earlier. For more than a decade, Washington militarists and their academic allies (like Keir Lieber and Daryl Press) have believed that “the United States now stands on the cusp of nuclear primacy… [having] the ability to disarm the nuclear arsenals of Russia or China with a nuclear first strike.” Such men are further empowered by Trump’s Christmas-time threat to any opponent that he would engage in “an arms race. We will outmatch them at every pass and outlast them all.”