Mike Davis on Trump and the White Working Class 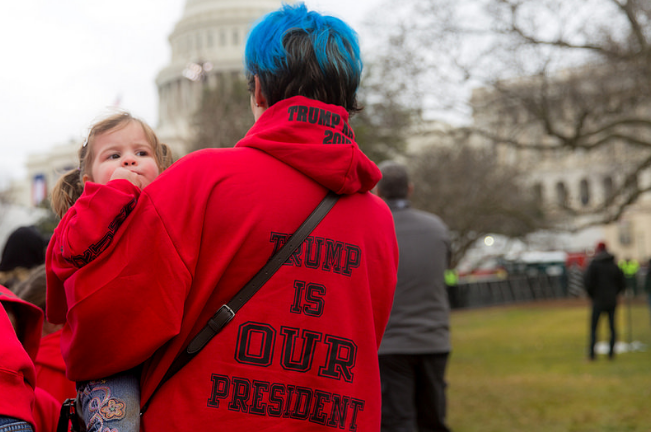 History has been hacked. Trump’s “impossible” victories in June and November, together with the stunning challenge of Sanders’s primary campaign, have demolished much of elite political wisdom as well as destroying the two dynasties, the Clintons and Bushes, that have dominated national politics for thirty years. Not since Watergate has so much uncertainty and potential disorder infected every institution, network, and power relationship, including the Trump camp itself.

What was unimaginable a few months ago, has now come to pass: the alt-right has a foot inside the White House, a hate-curdled maniac advises national security, a white supremacist controls the machinery of the Justice Department, the coal industry owns the Commerce Department, and a wealthy homeschooler is in charge of national education policy. Obscure billionaires like the DeVoses and Mercers who have spent years transforming Michigan and Texas into right-wing policy laboratories will now cash their support for the president-elect into the kind of national influence once enjoyed by Rockefellers and Harrimans. Carbon has won the battle of the Anthropocene and Roe v Wade has been put on the butcher’s block. Out of an election that was supposed to register the increasing clout of women, millennials, anti-climate-change activists, and people of color, a geriatric far right has wrested policy-making power on a terrifying scale.

Trump’s victory, of course, may turn out to be the ghost dance of a dying white culture, quickly followed by a return to Obamian, globalist normalcy or, conversely we may be heading into the twilight zone of homegrown fascism. The parameters of the next four years are largely unknown. Much depends on whether the Republicans succeed in incorporating the old industrial states of the upper Midwest into their mid-continental reich of solidly red Southern and plains states. In this case, their structural electoral advantages, as the National Review recently pointed out, might override the popular vote for another decade.

But whatever the scenario, the issue of the utmost immediate importance to the Left is whether or not the Sanders coalition, including the progressive unions that backed him, can be kept alive as an independent movement bridging the racial and cultural divides among American working people. An extraordinary restructuring of political camps, cadre, and patronage is taking place in an atmosphere of chaos and uncertainty, but we need to understand more clearly whether 2016 actually reflects, or necessarily anticipates, a fundamental realignment of social forces.