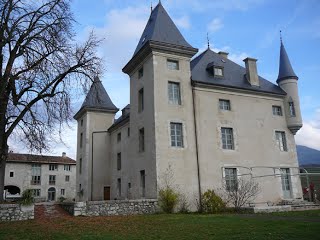 This multidisciplinary conference aims at bringing together approaches rooted in the historical tradition of the critical analysis of capitalism, which in turns rests on two important arguments: 1) capitalist societies are continuously changing; and 2) they are unstable social structures that rely on specific institutional frameworks (including markets and state) whose collective design heavily determines the path of change. Through time, capitalism has displayed different paths of evolution, at times highly unstable, reflecting its dynamic nature, which is related to complex economic, political and social linkages. For instance, the economic and financial crisis of 2007, the causes of which are varied and complex, was preceded by a period of growth that has been labeled the Great Moderation, which convinced scholars and decision-makers that their economic objectives would be reached in the not-so-distant future. The crisis, however, largely invalidated those “great expectations”. As a result, growth in most countries (advanced as well as emerging economies) has slowed down considerably, and some may be entrenched in ‘secular stagnation’.

It has become clear that after several decades of implementing market-friendly neoliberal policies around the world, the 2007 crisis represents a considerable challenge to mainstream economic theories and policies with respect to a number of fundamental economic issues, such as durable development, financial stability, sustainable growth, and poverty reduction. This calls for alternative economic approaches better able to point to new economic and social policies. Yet, building such policies requires a profound reflection on the existing theories and models, and a rethinking of the most basic concepts: markets, money, the role of the State, the regulatory framework, among many others. While Post-Keynesian and Institutionalist in nature, this conference seeks to encourage an open exchange and dialogue among different paradigms both within economics (such as evolutionary, regulationist, institutionalist, Marxist, Kaleckian, social, feminist, and humanistic economics) and within the social sciences at large, such as anthropology, history, law, philosophy, political science, psychology, and sociology.