A Reconsideration of World-Systems Analysis/Dependency Theory 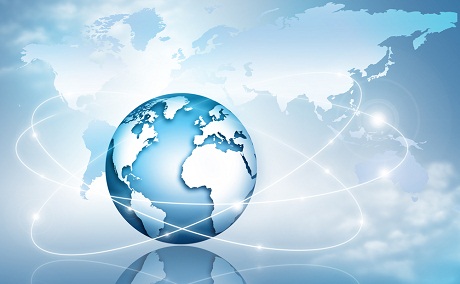 Within the extensive literature on globalization it has been consistently theorized that given historically-specific reorganizations and re-articulations of capitalist development, specifically concerning a ‘new international division of labor,’ the global social cartography has been exceptionally reconstituted. Yet, what are the manifested contours? & how should they be measured?

It seems as though that due to ever-increasing cross-border linkages and exchanges-a time-space compression, so to speak-, states in the world-system, as far as one can tell, face unpredictable barriers to set in motion requisite social processes to achieve, at least to some degree, the indispensable spatial forms of material activity for the structuration of economic competitive advantages. As a result of dynamic connective relationships of complex interdependency, the latitude for relative mobility that transcends the center-periphery divide is perceived to be implausible.

The implication is that global capitalism proliferates and cements the process of ‘third worldization’ through the constant oppressive force of ‘primitive-accumulation’, what Myrdal (1957) defined as international ‘backwash’ effects. The capitalist world economy, in this sense, embodies formations of ‘disarticulated’ ‘unequal exchange’ (Emmanuel, 1972; Amin 1974, 1976), in which ‘underdevelopment’ (Frank, 1969), namely, the inability to generate complex domestic patterns of effective demand, reproduces the cleavage between ‘town and country’ on a tremendously enlarged basis.

Viewed from this standpoint, the world-system is a process of ‘accumulation by dispossession’ by virtue of dialectical forces of motion and contradiction that generate vast disparities of wealth and power on a global scale. In this sense, a world-wide social divide proliferates by way of peripheral (i.e. Third-World) long-run stagnation and centre (i.e. First World) superintendence of monopoly rents in international trade, i.e. the empirical demonstration of the Prebisch-Singer hypothesis. Nevertheless, lucidity concerning the inherent structural inequalities and inequalities of world capitalist development is not uniform.

The social facts that constitute the particular social conditions for the constant negation of a ‘just price’ in the world economy ‘admits of varying interpretation’ (Frank, 1977). Case in point is the extent to which the periphery is in fact ‘peripheralized’. Hence, to merely suggest that the capitalist world economy, by definition, produces a centre-periphery polarity is to pay insufficient attention to understanding the extent to which economic development in the periphery is a convoluted association of varying social processes, rather than the mere result of a state’s homogenized world-systemic position (Gellert, 2010).

The concept of ‘extractive regime’ (Gellert, 2010), for example, elucidates the underlying peculiarities of historically-specific social contexts across the periphery, akin to what Evans (1995) describes as ’dependent development’, which draws attention to the palpability of tripartite relationships between the nature of the peripheral state, the local bourgeoisie, the local working-class (and peasants), and transnational capital from the centre. By examining the internal dynamics of peripheral productive economies and their external trade relations (Bunker, 1984) through such lens adds specificity to the notion of ‘unequal exchange’, that is, by riding analysis of the world-system of teleology (Gellert, 2010).

Economic development in the periphery is possible (Cardoso and Faletto, [1967] 1970). That is, partial economic growth is viable, say through what Evans (1995) describes as ‘embedded autonomy’—an apparent solidified social network between the state and civil society (which consists of economic elites from the centre and specific periphery) that creates the capacity for the state to engage in Keynesian aggregate demand management. Whether this is manifested is the extent to which, in my view, the peripheral country does not suffer the inability to borrow in its own currency.

If the nature of the balance of payments constraint is taken into consideration as a primary casual variable, the suggestion that methodological nationalism is not befitting, because it blinds social science to the multidimensional process of change that has irreversibly transformed the very nature of the social world and the place of states within it, is a ‘just so’ story of prejudgement that overlooks questions to how states, in actuality, structure, and are structured, by international trade dynamics. By incorporating an analytical specification of the role of money and its relationship to the social configurations highlighted by the concepts of ‘extractive regime’ and ‘embedded autonomy’, social science research from a world-systems analysis/dependency theory perspective on the means by which states, specifically in the periphery, can, and cannot, escape real and perceived adverse economic path dependencies is certainly enriched.

References along with suggested readings:

Cox, Kevin R. 2004. “Globalization and the Politics of Local and Regional Development: The Question of Convergence.” Transactions of the Institute of British Geographers 29: 170-194

Fields, David & Matías Vernengo. 2013. “Hegemonic Currencies during the Crisis: The Dollar versus the Euro in a Cartalist Perspective.” Review of International Political Economy, 20(4): 740-759

Fields, David. 2014. “More on The Sociology of Development: Towards A Re-articulation of Dependency Theory.” Pp. 424–34 in The 2015 Hampton Reader. Clifton Park, NY: Hampton Institute Press

Harvey, David. 2007. “Neoliberalism as creative destruction.” The Annals of The American Academy of Political and Social Science 610(1): 21-44

Wallerstein, Immanuel. 1974. “Dependence in an Interdependent World: The Limited Possibilities of Transformation within the Capitalist World Economy.” African Studies Review 17(1):1–26.

Wallerstein, Immanuel. 1984. “The Development of the Concept of Development.” Sociological Theory 2:102–16.

Wallerstein, Immanuel. 2000. “Globalization or the Age of Transition? A Long-Term View of the Trajectory of the World-System.” International Sociology 15(2):249–65.

Wallerstein, Immanuel. 2011. The Modern World-System: Capitalist Agriculture and the Origins of the European World-Economy in the Sixteenth Century. Berkeley, Calif.: University of California Press.

Vernengo, Matías and David Fields. 2016. “DisORIENT: Money, Technological Development and the Rise of the West.” Review of Radical Political Economics 48(4):562–568.