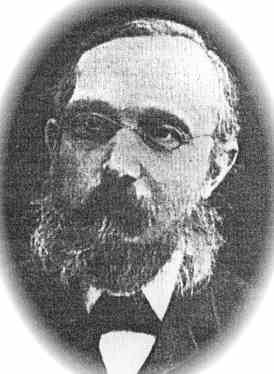 In the closing decades of the twentieth century, a peculiar idea took hold in parts of academia. It contended that far from being the closest of comrades and collaborators, who worked in harmony for forty years, Karl Marx and Frederick Engels in fact disagreed with each other on fundamental questions of theory and practice.

Their supposed disagreements concerned nature and the natural sciences. For example, Paul Thomas contrasts “Engels’s well-known interest in the natural science” with “Marx’s lack of concern,” suggesting that “Marx and Engels are separated by a conceptual chasm that should have resisted all attempts at papering it over.” Terrence Ball likewise argues that “the idea (later espoused by Engels) that nature exists independently of, and prior to, man’s efforts to transform it is utterly foreign to Marx’s humanism.” In Ball’s view, Engels’s distortions of Marxist philosophy were directly responsible for “some of the more repressive features of Soviet practice.” In a still more extreme version, Terrell Carver and others insist that Marx was not a Marxist—that Marxism was a doctrine invented by Engels, whose scientific materialism was contrary to Marx’s liberal humanism.

From a somewhat different perspective, Theodor Adorno, Alfred Schmidt, and others associated with the Frankfurt School and Western Marxism have argued that historical materialism applies only to human society, so Engels’s efforts to adapt it to the natural sciences in his unfinished work Dialectics of Nature were intellectual distortions that went against the Marxist method.

Engels’s defenders have countered that Marx and Engels had a division of labor in which Engels studied science and Marx did not, but a growing body of research shows that this response gives too much ground to the anti-Engels argument. As Kohei Saito writes, the division of labor is an illusion: “Though Engels is better known for his writings on natural science…Marx was an equally keen student of many of the same subjects.”

New studies of Marx’s long-unavailable notebooks, now being published in the massive Marx-Engels-Gesamtausgabe (Marx-Engels Complete Works), decisively refute claims that Marx was uninterested in the natural sciences or considered them irrelevant to his politics.

Marx’s notebooks allow us to see clearly his interests and preoccupations before and after the publication of the first volume of Capital in 1867, and the directions he might have taken through his intensive research into disciplines such as biology, chemistry, geology, and mineralogy, much of which he was not able fully to integrate into Capital. While the grand project of Capital would remain unfinished, in the final fifteen years of his life Marx filled an enormous number of notebooks with fragments and excerpts. In fact, a third of his notebooks date to this period, and almost one half of them deal with natural sciences. The intensity and scope of Marx’s scientific studies is astonishing.

As more of this material becomes available for study, it may shed new light on the role of Carl Schorlemmer, a working scientist whose important contributions to the development of scientific socialism have been unjustly ignored. Most English-language accounts of Marx and Engels’s lives, if they mention Schorlemmer at all, refer to him only as a friend, without acknowledging his influence on their studies of the natural sciences. It is time to restore this neglected figure to his rightful place in the Marxian—and Engelsian—tradition.