Who Is Behind the Assault on Public Schools? 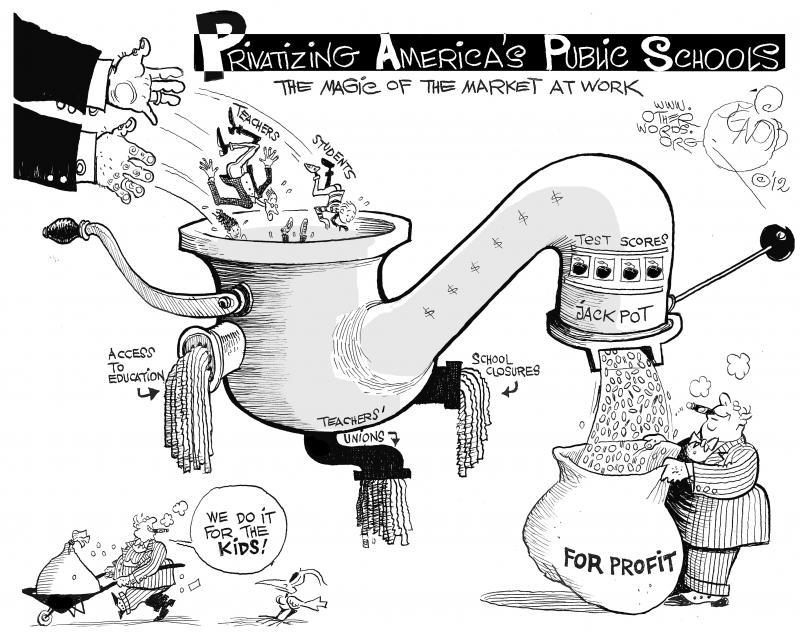 Over the past three decades, public schools have been the target of a systematic assault and takeover by corporations and private foundations. The endeavor is called “school reform” by its advocates, while critics call it corporate school reform. Finnish educator Pasi Sahlberg has given it the vivid acronym GERM—the global education reform movement. Its basic features are familiar: high-stakes testing; standardized curricula; privatization; and deskilled, high-turnover faculty. In the United States, public schools have become increasingly segregated, destabilized, and defunded, with the hardest hit in low-income communities of color.

Nevertheless, while the political conflicts and social ramifications of the school reform phenomenon are well known, basic questions about the movement remain underexamined. Who really leads it? What are their aims and motives? After briefly taking up the statements of the reformers themselves, I will turn to the views of their progressive opponents, and offer a critique of three influential interpretations of the school reform movement. Finally, I will present my own theory about this movement, its drivers, and its underlying aims.