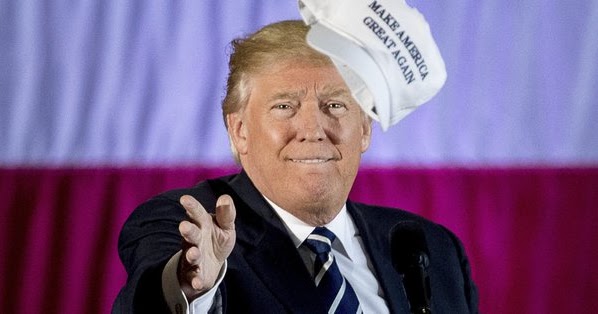 A key element of Trump’s political success has been his masquerade of being pro-worker, which includes posturing as anti-globalization. However, his true economic interest is the exact opposite. That creates conflict between Trump’s political and economic interests. Understanding the calculus of that conflict is critical for understanding and predicting Trump’s economic policy, especially his international economic policy.

As part of maintaining his pro-worker masquerade, Trump will engage in an anti-globalization circus, but the bark will be worse than the bite because neoliberal globalization has increased corporate profits, in line with his economic interests. He will also feed his political base’s racist immigration policy as long as that does not adversely impact corporate profitability.

Lastly, Trump expresses neocon unilateralist tendencies that play well with much of the US electorate. His neocon unilateralism is not a one-off temporary political aberration. Instead, it reflects intrinsic and enduring features of the current US polity. That has profound implications for the international relations order, and is something many Western European governments may not yet have digested.

Trump’s political success was based on a two-sided attack on the establishment. First, he ratcheted up the existing Republican “illiberal” cultural values agenda into full-blown racist authoritarian nationalism. Second, he captured the progressive critique of the neoliberal economy, especially the critique of globalization.

The other side of Trump’s success was his capture of the progressive critique of the neoliberal economy. For four decades, the US economy has short-changed working class voters via wage stagnation and manufacturing job loss. That has created discontent and disappointed expectations. Trump exploited that discontent and disappointment by masquerading as a critic of the neoliberal economy and promising to make the economy work for working class Americans.

That capture enabled Trump to create a new twisted narrative about neoliberal globalization which blames “foreigners and immigrants”. The Trump narrative is that the US is a victim. The US has supposedly negotiated weak trade agreements and foreigners have cheated on those agreements. Simultaneously, illegal immigrants have flooded in and taken US jobs and driven down wages. The reality is globalization has been “Made in the USA” by corporations, for the benefit of corporations, working in tandem with Congress and successive administrations.

In sum, Trump succeeded by outflanking the Republican establishment with his racist nationalist values agenda, and outflanking the Democratic establishment with his anti-globalization economic rhetoric. These two political manoeuvres constituted a coherent political strategy that enabled Trump to connect with reactionary voters while masquerading as being on workers’ side.

Trump’s representation as being on the side of workers stands in complete contradiction to his own interests as a billionaire businessman whose metric of success is money and wealth, and who is devoid of charitable inclination or notions of public service. The reality is he is engaged in a skillful “bait and switch” befitting a con artist.

The bait was his critique of the economic establishment and globalization and the harm they have done to working class voters. The switch is rather than reforming the neoliberal economy, Trump substitutes racism, nationalism, and authoritarianism, while simultaneously doubling-down on neoliberal economic policy.

Given his lack of any history of government service, Trump could initially get away with this pro-worker masquerade. However, the realities of Trump’s economic policies have now become clear. All the evidence suggests he intends to worsen the neoliberal economy’s proclivity to deliver wage stagnation and income inequality by increasing the power of business and finance, and by intimidating workers and weakening unions.

Trump’s tax policy aims to cut the tax rate on corporations and wealthy individuals; his budget expenditure policy aims to slash social welfare spending and provision of public services to lower and middle class families; and all forms of regulation – consumer, labor market, business, financial, and environmental – are under profound attack.

The one area where the masquerade continues is international economic policy. That is because Trump is compelled to balance political needs and economic interests. As for politics, Trump needs to present himself as remedying globalization’s negative effects. Among working families, globalization is the most visible and economically understood issue, and Trump’s critique of globalization is front and center of his pro-worker masquerade. That makes it politically essential he preserve his image as critic of globalization.

As for economics, Trump’s own economic interests have him identifying with corporations and capital. Globalization has been “made in the USA” for the benefit of large American multi-national corporations which have been big winners from the process. Consequently, Trump is inclined to preserve the system, though he is willing to make changes if that increases corporate profitability.

The implication is one can expect lots of anti-globalization circus to address Trump’s political needs, but he will not rock the globalization boat unless something more profitable is possible.

Trump’s international economic policies also signal the transition to a new era of US unilateralism in international relations. Part of this new unilateralism is Trump’s political posturing aimed at convincing his base that he is nationalist and anti-globalization. However, part of it may reflect the triumph of neocon thinking within the US.

The neocon project derives from the belief that never again should there be a power, like the former Soviet Union, capable of rivalling the US. Originally, the neocon project represented extreme Republican thinking, but it has become mainstream thinking. Both Republicans and Democrats now believe the US has the right to intervene anywhere in the world, any time it chooses, and it has the right to pepper the globe with military bases and military personnel deployments – including ringing Russia with these.

The bi-partisanship is evident in Democrats’ support for the Iraq war and acceptance of the war on terror as justification for intervention anywhere. It is also evident in President Obama’s continued investment in global military base expansion, expansion of NATO deployments into central Europe and the Baltics, and encouragement of the 2014 Maidan revolution in Ukraine.

Additionally, Democrats supplement the neocon rationale for intervention with the claim that the US has a right to intervene in the name of protecting democracy. That right derives from “US exceptionalism” whereby the US has a special mission to transform the world by promoting democracy, and it reinforces bi-partisan belief in unilateralism.

The neocon project was originally concerned with military supremacy and targeted Russia. However, it is about US power in general, which means it potentially implicates every country and every dimension of international policy.

Neocon unilateralism may now be now spreading into international economic relations. As the sole global super-power, the US inevitably feels increasingly unrestrained in all areas. Economic unilateralism is also politically consistent with popular hyper-nationalist sentiment that has been encouraged on a bi-partisan basis. Lastly, it also fits with the narrative constructed by Trump that “foreigners and immigrants” are responsible for US economic malaise.

The importance of the neocon factor is it dramatically changes the interpretation of Trump’s unilateralist international economic policy chatter. Instead of just being Trump bluster, such chatter is consistent with the neocon construction of international relations. That construction provides the over-arching frame for US foreign policy, and international economic policy must therefore conform with it. That explains why Trump’s NATO strictures have raised so few ripples within Washington, and why the Washington establishment has been so quick to engage the border adjusted tax (BAT) proposal despite its unilateralist character and inconsistency with the WTO. Trump has surfaced such thinking because it plays well with his nationalist domestic political strategy, but proclivity for such thinking was already in place within the establishment.

The implication is Trump’s neocon unilateralism is not a one-off temporary political aberration. Instead, it reflects enduring features of the current US polity which has entered a neocon era where tacit US global supremacy is the goal and unilateralism is a new norm. That has bigger ramifications for the international relations order that foreign governments, including Western European governments, will need to digest.