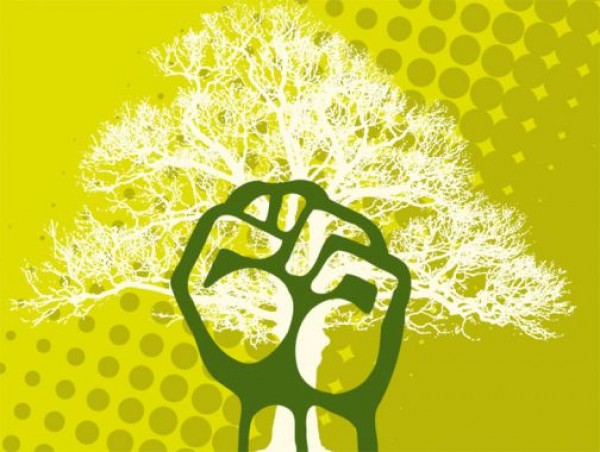 In the summer of 2016, the acceleration of climate change was once again making headlines. In July, the World Meteorological Association announced that the first six months of 2016 had broken all previous global temperature records, with June being the fourteenth month in a row of record heat for both land and oceans and the 378th straight month of temperatures greater than the historical average. Heating has been especially rapid in Arctic regions, where thawing effects are releasing large amounts of methane and carbon dioxide. On July 21, 2016, temperatures at locations in Kuwait and Iraq reached 129oF, the hottest ever recorded in the Eastern Hemisphere. The disruptive effects of bi-polar warming were evident in the unprecedented crossing of the equator by the Northern Hemisphere jet stream, where it merged with the Southern Hemisphere jet stream, further threatening seasonal integrity with unforeseen impacts on weather extremes and the overall climate system.1 Meanwhile a report from the United Nations Environment Program (UNEP) described the December 2015 Paris Agreement on climate change as “outdated even before it takes effect,” with climatologists now expecting a global warming of at least 3.4oC (more than double the 1.5oC limit supposedly built into the agreement) even if the promised emissions goals of the nations involved are somehow achieved despite the lack of binding enforcement mechanisms. “The world will still be pumping out 54–56 gigatons of carbon dioxide equivalent a year by 2030 under current plans, well above the 42 gigatons needed to limit warming to 2 degrees,” according to the UNEP report.2

The historical irony in this situation is hard to miss. Just a couple decades ago, we were told that neoliberal capitalism marked the “end of history.” Now it appears that the system’s ideologues may have been right, but not in the way they envisioned. The system of fossil-fueled neoliberal capitalism is indeed moving toward an end of history, but only in the sense of the end of any historical advance of humanity as a productive, political, and cultural species due to the increasingly barbaric socio-economic and environmental conditions the system creates. There is now no alternative to the end of history as we know it. The sustainable development of human society co-evolving with nature including other species now depends on a definite historical break with capitalism (wage-labor, market competition, production for profit) as the dominant mode of production. That is the main lesson of three recent books: Ian Angus’s Facing the Anthropocene, Andreas Malm’s Fossil Capital, and Naomi Klein’s This Changes Everything. To solve the climate crisis—which is only part of the broader environmental crisis created by capitalism—competitive, profit-driven production under unequal class control must be replaced with a system in which working people and their communities collectively and democratically regulate production and other interactions with their material and social environment. Sustainable development of people cooperatively co-evolving in a healthy way with other species must replace the profit motive, exploitation, and competition as the motive force in production and in the entire system of material provisioning. To deny that the climate crisis is hardwired into capitalism, and that we need a new system to deal with it, is just as misleading and dangerous as to deny the existence of human-induced global warming. Both forms of climate denial must be overcome in theory and practice.

This lesson was forcibly driven home for me last fall, with the heating-up of the monumental struggle by the Standing Rock Sioux, allied indigenous peoples, and their supporters against the Dakota Access Pipeline. In line with “business as usual,” the mainstream media and President Obama only visibly responded to this struggle (and then tepidly) when demonstrators were physically attacked by the police and corporate security forces live on guerrilla internet broadcasts, followed by the arrival of U.S. military veterans and thousands of others (including some major political and entertainment figures) to support the water protectors. While the corporate media and Obama described the conflict as one over protection of local land and water rights pure and simple, many of the indigenous people and their allies saw it as a struggle to protect the whole earth from an economic system whose imperative to extract fossil fuels for a profit fails to recognize the integrity of the land and its inhabitants as a web of physical, cultural, and spiritual life-forces.3 Another reason everyone should read the aforementioned books is that, taken together, they provide a powerful analysis of the political meaning of apparently localized struggles over land rights such as Standing Rock—further putting the lie to end-of-history thinking. They show that conflicts over pipelines and other fossil-fuel installations can be seen as the cutting edge of an intensifying global class struggle between the dominant sectors of capital and what John Bellamy Foster and others have termed the “environmental proletariat.”4

Although the three books overlap in their coverage of the history and political economy of the climate crisis, they have distinct and complementary analytical vantage points. Angus analyzes global warming through an ecological Marxist interpretation of the Anthropocene, defined by natural scientists as a new epoch of biospheric history in which humans play a leading role in altering global geological processes including the climate.

Malm’s book details the close connections between the burning of fossil fuels (the main source of human-induced climate change) and capitalism’s development of industrial production—a convergence that he terms “fossil capital.” His historical analysis establishes that the fossil fueling of the economy was not driven by generic considerations of scarcity or technical efficiency, but rather by the requirements of exploiting wage-labor, class-monopolization of the benefits of production, and the system’s preference for private competition over social cooperation in the realm of energy use.

Finally, Naomi Klein focuses on the role of neoliberal policies as an enabler of fossil-fueled capitalism and climate change, and as a barrier to sustainable and socially progressive solutions to the climate crisis. She argues that the crisis can be converted into a positive opportunity insofar as it clarifies the clash between capitalist and ecological life-values, but only if we can combat neoliberal capital’s opportunistic use of climate disasters to implement regressive free market and technical “fixes” (including so called climate engineering). Klein describes how environmental proletarians (or, as she terms them, “Blockadians”) are forging innovative combinations of indigenous, communal, feminist, and scientific ways of thinking, as they resist the incursions of oil extraction and transport projects into communal lands and begin the construction of a sustainable alternative to fossil capital.

For present purposes, however, it makes sense to start with Angus’s synthesis of climate science and the history of modern capitalism