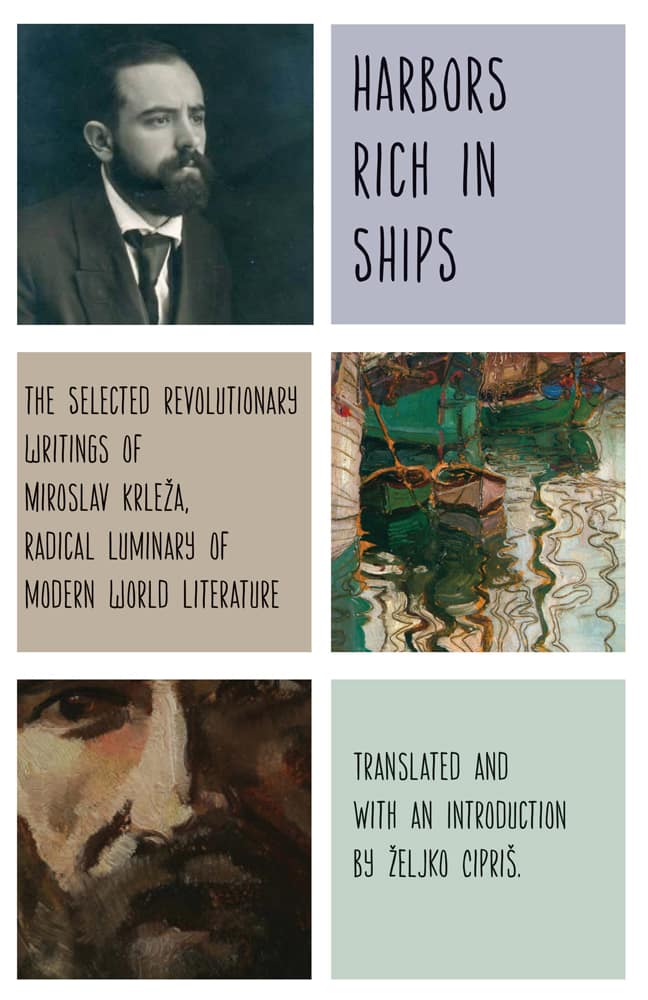 Miroslav Krleža was a giant of Yugoslav literature, yet remarkably little of his writing has appeared in English. In a body of work that spans more than five dozen books, including novels, short stories, plays, poetry, and essays, Krleža steadfastly pursued a radical humanism and artistic integrity. Harbors Rich in Ships gives English-speaking readers an unprecedented opportunity to appreciate the astonishing breadth of Krleža’s literary creations. Beautifully translated by Željko Cipriš, this collection of seven representative early texts introduces a new audience to three stories from Krleža’s renowned antimilitarist book, Croatian God Mars; an autobiographical sketch; a one-act play; a story from his collection of short stories, Thousand and One Deaths; and his signature drama, The Glembays, a satirical account of the crime-ridden origins of one of Zagreb’s most aristocratic families.

Born in 1893 Zagreb, then a city in the Austro-Hungarian Empire, Miroslav Krleža died in 1981 Zagreb, after it had become part of socialist Yugoslavia. He was educated in military academies that served the Hapsburg monarchy. However, after fighting on the Eastern Front during the First World War, he was sickened by the War’s lethal nationalism and became a fervent anti-militarist. Krleža joined the Communist Party of Yugoslavia in 1918, but his opposition to Stalin’s artistic dictum of so-called socialist realism, as well as his refusal to support Stalin’s purges, led to his expulsion from the Party in 1939. He nevertheless helped found several literary and political journals, and became a driving force in Yugoslavia’s literature.