The Neoliberal Road to Autocracy 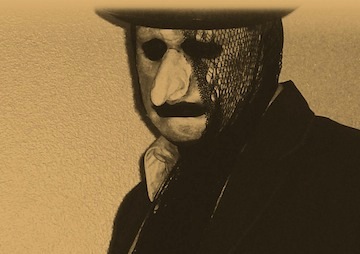 The cheerleaders of financial and trade globalisation have long been in the ascendancy. They can be found in academia, at the World Bank and IMF, and in government treasuries. They are well represented in western political parties – of both left and right. They have advocated “more globalisation” in every country where economics is taught by “mainstream” economists; and where foreign indebtedness has granted World Bank and IMF economists power over the policy-making of sovereign nations. Support for “globalisation” has been broadly backed by much of the public, because it is perceived as increasing international interconnectedness. In a recent poll by Britain’s Lord Ashcroft, some 40 percent saw globalisation as “a force for good”, while around one third thought it a “mixed blessing” (EU Remain voters being generally more positive).

But globalisation as widely understood by politicians, academic economists, policy-makers and the public has failed to fulfil the promises made by its advocates. What is more, as Karl Polanyi predicted in his book The Great Transformation, it is the failure of globalisation to deliver on its promises that is driving the rise of nationalisms and protectionism across the globe.

Proponents of globalisation, such as David Dollar and Charles Calomiris, often suggest some of the following as its likely consequences:

The era of the “great moderation” – a period of relative calm after the volatility of the Great Inflation of the 1970s – could be expected to last indefinitely. It was evidence that financial markets were smoothly functioning and “efficient” in allocating resources. The “central problem of depression-prevention has been solved” said Robert Lucas of the University of Chicago in his 2003 presidential address to the American Economic Association. Financial markets were no longer “casinos” engaged in reckless speculation.  So efficient were they that Professor and Nobel-prize winner Eugene Fama of the University of Chicago was able to claim that “financial markets price assets precisely at their intrinsic worth given all publicly available information.”

Above all, globalisation’s advocates, with Hayek in the vanguard, argued that a further expansion of the state was harmful, and could lead to authoritarianism.

But there were more ‘populist’ promises. Politicians implementing privatisation policies promised that

And so on. The one promise that was not explicitly made was that private and public debt would be sustainable. Indeed the threat of rising debt was not a publicly discussed issue until the debt crises that broke out on the periphery of the global economy – in Africa, Latin America and parts of Asia – in the 1980s and 1990s.

Of all these promises, the one that globalisation’s advocates proclaim most strongly is the fall in poverty worldwide. But in fact the decline in absolute poverty is part of a longer trend that has been traced from 1820, according to World Bank data. And much of that fall is not due to open, global markets, but to scientific and especially medical advances. Indeed, the numbers of those living on less than $1 a day fell most rapidly between 1950 and 1970. During the “Keynesian” era, absolute poverty (measured in US$ terms) fell as rapidly as in the neoliberal era.

To take another example, under communism, life expectancy rose broadly as much as it did under the capitalism of the pre-globalisation era. Leaving aside and despite China’s disastrous Great Famine, life expectancy rose from 44 years in 1950 to 65 by 1970  – well before Deng Xiaoping took power in 1978.. In Russia life expectancy also increased steadily until after the end of Khrushchev’s administration. It stagnated through the Brezhnev era, and then collapsed in 1991 as a direct result of financial ‘liberalisation’ and ‘shock therapy’.

The era of financial globalisation has been an era largely fuelled by carbon (oil and coal) – as had been the case for over a century. However, unlike the Bretton Woods era, post 1970s de-regulated financial globalisation was built on mountains of private and public debt. The first – private debt –  led to recurring financial crises, and the second – public debt – rose as private sector activity weakened, and tax revenues fell. The consequences of these recurring financial crises in ‘advanced’ economies included ‘austerity’, the removal of employment protection, rising housing and education costs, the return of deflationary pressures, high unemployment, falling real wages, low productivity and rising inequality.

Unlike the Bretton Woods era, post 1970s de-regulated financial globalisation was built on mountains of private and public debt.

These crises have led to increased insecurity and over-rapid social and economic change – as well as the greatest financial and economic crisis since 1929 (itself a product of excessive laissez-faire ideology). More widely, the insecurities and dislocations generated by financial globalisation have led whole populations to seek the ‘protection’ of a strong man (e.g. Presidents Trump, Duterte in the Philippines, Modi of India, Erdogan in Turkey, Putin in Russia). Not that this worries the extreme adherents of laissez-faire – recall how Hayek supported the murderous dictator Pinochet in Chile for his brutal imposition of deregulatory ‘reform’.

And so, contrary to Hayek’s expectations, financial globalisation has proved that it is market fundamentalism, not the regulatory state, that has led the world into an era of authoritarianism and totalitarianism – in the US, Eastern Europe, India and China.

In the UK, average real wages are today lower than in 2008, no higher than they were in 2005, and in general we need to look back to Victorian times for such a stark period of stagnation. In the US, the position has been even more severe for huge numbers of working people.  Median annual earnings in the Bretton Woods period rose steadily until just after 1970. Then throughout the age of ‘globalisation’ or financial deregulation, American male real wages have stagnated.

This, I contend, explains the rise of Donald Trump. It is an explanation, not a defence of his authoritarianism or of his administration’s irrational protectionism.

Prosperity in a pre-globalised world

The three decades that preceded globalisation were decades in which governments managed flows of capital across borders. The result was summarised by Barry Eichengreen and Peter Lindert, well-known historians of the financial sector, as “a golden era of tranquillity in international capital markets, a fulfilment of the benediction ‘May you live in dull times’ … Sovereign defaults and liquidity crises were relatively rare.”

Financial globalisation proves it is market fundamentalism, not the regulatory state, that has led the world into an era of authoritarianism and totalitarianism.

Employment rose everywhere. Politicians and economists cared about unemployment, and worked to reduce it. Inequality and income distribution narrowed. Productivity rose. Demand was strong.  Public debt fell. There was a downward trend in those living in absolute poverty. The average annual increase in world GDP – the expansion of economic activity –  was higher in the period 1952-75 than in the period since 1975, although  that expansion in economic activity was somewhat faster in the advanced economies.

While globalisation – or financial liberalisation – is not dead, it is increasingly unpopular. Unfortunately, public anger and concern focus on the tangible outcomes of free, unmanaged flows of capital, trade and labour, and not on intangible, invisible and unaccountable global finance. Advocates of globalisation as well as their opponents continue to draw attention to flows of trade and labour, thereby deflecting attention from that which is most causal of instability and insecurity: financialisation of the global economy – when banks and the finance sector dominate and distort the real economy – of jobs, investment and production.  This is done by withholding affordable finance from the real economy, engaging in speculation and risk, making money from money rather than from investment in productive sustainable activity that creates jobs, wages and profits. In short, the finance sector has become master, not servant of the real economy.

Until the public understands that it is imperative to manage flows of capital; to bring offshore capital back onshore and thereby restore, for example, democratic control over the taxation of global corporations, for so long will the protectionist focus on immigrants and trade deals remain paramount. And for so long will authoritarian leaders who pretend they can manage both, remain powerful.