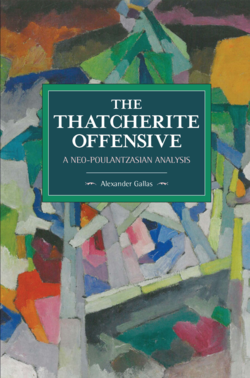 In The Thatcherite Offensive, Alexander Gallas provides a class-centered, Neo-Poulantzan political analysis of Thatcherism. Drawing upon Greek state-theorist Nicos Poulantzas, Gallas challenges both mainstream and critical accounts of British politics in the 1980s and 90s. He shows that Thatcherism’s success and novelty, indeed its unity as a political project, lay in the fact that the Thatcher governments profoundly shifted class relations in Britain in favor of capital and restructured the institutions underpinning class domination.