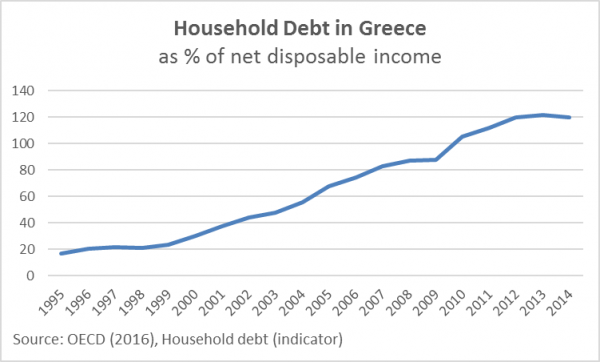 The Greek public debt debacle and the bailout received by the government from the European Central Bank (ECB), the European Commission (EC), and the International Monetary Fund (IMF) – referred to collectively as the “troika” – has been making headlines for years. However, very little attention has been paid to the debt crisis in the Greek private sector. An alarmingly high portion of private sector borrowers is behind on their debt payments, and the Greek banking system currently has one of the highest ratios of delinquent loans in the European Union.

Read rest here: Greece has a Private Debt Crisis and We Can Blame the Troika