New Book: The World-System and Africa 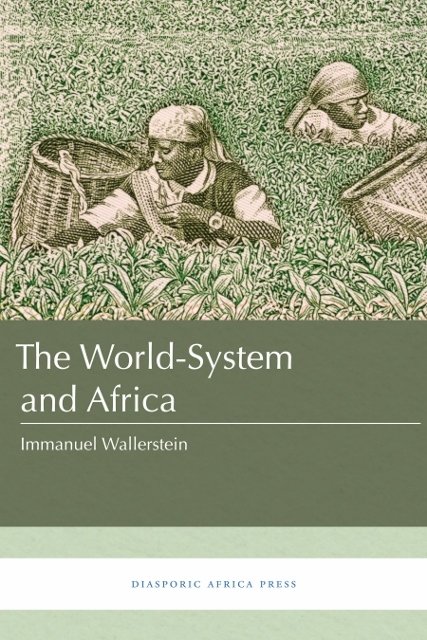 In The World-System and Africa, Immanuel Wallerstein examines three important, interconnected themes that link Africa and the capitalist world-system of the last 500 years. While drawing attention to the structural crisis of the modern world-system, Wallerstein uses the first set of essays to explore the impact of this worldwide structural crisis on Africa. Next, he turns to identity politics, a political stance that came to prominence in the last thirty years, and considers the world-system context for the African dilemmas posed by this approach. Not unique to Africa, identity politics has become central to political struggles everywhere in the world-system. Finally, Wallerstein reflects on African thinkers’ analyses of current affairs both in the world-system and in Africa. Coming from someone who has been involved in writing about Africa for over seventy years, Wallerstein argues that if Africa is going to play an appropriate and significant role in resolving the structural crisis of the modern world-system, it is crucial that there continue to be a well-informed and intellectually relevant debate about the issues involved, the moral choices to be made, and the political strategies to follow.