Capitalism is national & transnational, but what about the money? 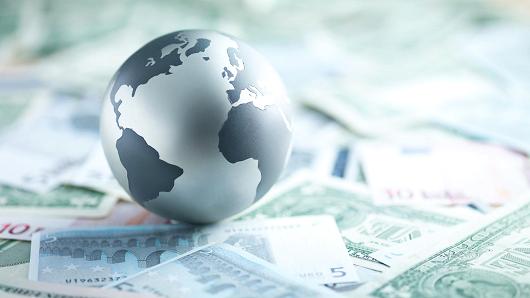 While I generally agree with Robinson’s and Magdoff’s analyses, what is absent, specifically with respect to Robinson’s discussion, is a concrete assessment of the acute variables that measure the degree to which national States have the capacity to engage in power-maximizing behavior and, thus, pursue certain responses, i.e. imperialism, to the competitive nature of the capitalist world economy. Certain material capabilities of national States generate the space to be ‘constituted’, whereby they embody a structural authority to shape the framework of global economic relations. This structural authority is tied to the qualification to establish and enforce a particular item, currency, as the unit of account in which global economic calculations are made, facilitating the functioning of financial markets and thus international trade. Hence, the analytical specificity of methodological nationalism, albeit in amalgamated form to cope with the forces of globalization, is still relatively potent.

Fields, D. and M. Vernengo (2013), “Hegemonic currencies during the crisis: the dollar versus the euro in a Cartalist perspective.” Review of International Political Economy, 20(4), pp. 740–59.