Links to Recent Articles of Interest by Historians Against War (HAW) 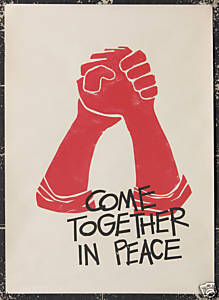 A dissection of the right-wing commentator’s new book on World War II in the Pacific. The author note that O’Reilly is currently the nation’s most widely read historian.

“A Presumption of Guilt”

A long historical essay on race and the criminal justice system in the U.S.

“Tread Carefully: The Folly of the Next Afghan ‘Surge’”

The author, a U.S. Army strategist who served in Iraq and Afghanistan, formerly taught history at West Point.

“The Growing Danger of War with Iran”

The author is a 28year veteran of the U.S. intelligence community, including a time as National Intelligence Officer for the Near East and South Asia.

“How Hollywood Keeps Getting Afghanistan Wrong”

The author is a professor emeritus of history at Miami University.

The author is a professor emeritus of history and international relations at Boston University.

“Some ‘October Surprise’ Conspiracies Turn Out to Be True”

The author, currently at the CUNY Graduate Center, is a Pulitzer Prize–winning historian.

A review essay on Peter Van Buren’s novel on the Pacific War, Hooper’s War, with an interview with the author.