The new Marriner S. Eccles Institute at University of Utah, and his legacy 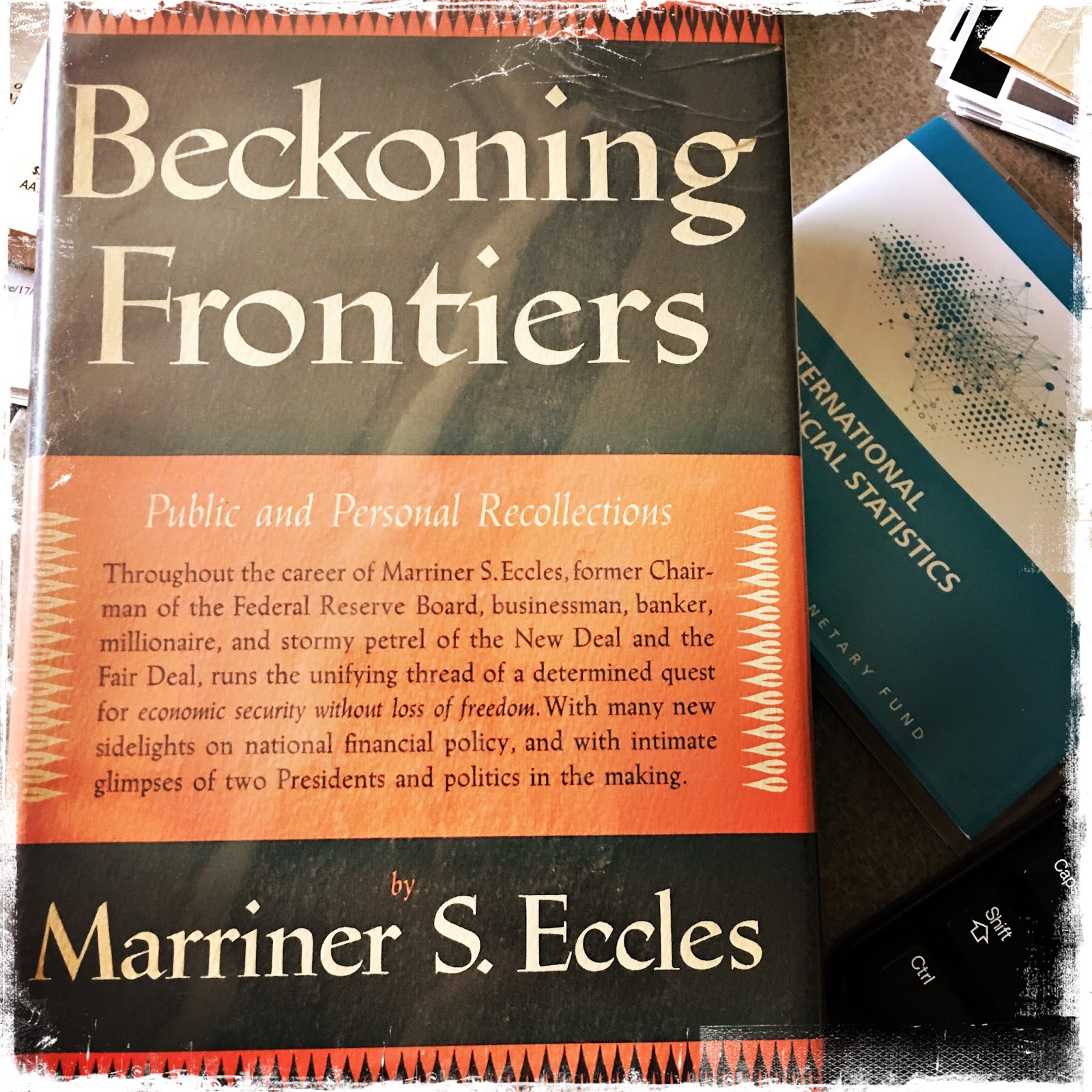 There are many issues I take exception with the piece at the Deseret News on the new Marriner S. Eccles Marriner S. Eccles Institute for Economics and Quantitative Analysis at the University of Utah’s David Eccles School of Business. In the first place, the notion that it, somehow, “will provide some philosophical balance to the university’s educational offerings and scholarship on economics.” Not just because there is no need for more balance. Everybody in the David Eccles School is mainstream, neoclassical (so no balance there), and a good chunk of the Econ Dept (yep, basically there are two Econ. Depts at the U, which shouldn’t surprise anybody; NYU has a very neoclassical and conservative one with Thomas Sargent in the Liberal Arts/Social Sciences division, and another with Dr. Doom, Nouriel Roubini, at the Stern School of Business) also is neoclassical. The department was always pluralistic.

Actually, the balance in the education is brought by the fact that there are still a few heterodox economists in the Social Sciences Econ Dept., not including the two retired professors cited in the piece. And given the failure of the profession (in particular after the Great Recession) and the fact that a few at the Dept, when I was there btw, where aware of the bubble and the crisis (I remember getting emails from students saying that I had called the crisis; I didn’t per se, but was connected with many people that did and many like Jamie Galbraith or Jane D’Arista visited and taught at the U because of its diversity).

But the important problem with this institute is that it is a complete subversion of Marriner S. Eccles economic philosophy. In his Beckoning Frontiers (pictured above in a copy signed by him, btw), he says:

I believe, however, that the most basic right of all is the right to live, and next to that, the right to work. I do not think that empty stomachs build character, nor do I think the substitution of idleness and a dole for useful work relief will improve either the dignity or the character of the people affected. We cannot expect to preserve our free institutions in this country if we condemn a substantial proportion of our people to prolonged idleness on a bare subsistence level of existence. Further than the right to eat and the right to a position, I think the individual, whether rich or poor, has a right to a decent place to live. I think he has a right to security in old age and to protection against temporary unemployment. I think he has a right to adequate medical attention and to equal educational opportunities with the rest of his countrymen. The government expenditures (…) have in large part been the means of translating these basic rights into realities. [Italics added]

How in hell you square that philosophy, which is quintessentially the one of the New Deal, which he (quoting from Fortune) claims to be a prophet, as a result of his Senate hearing speech, with a center funded by the Koch brothers’ libertarian, minimal state philosophy is hard to understand. On Eccles read my old paper in the working paper series (later published in this volume) of the U’s Econ Dept.