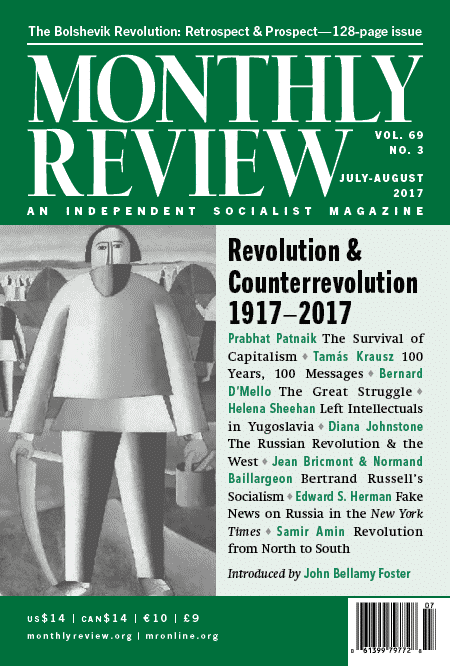 In this special issue, the variety of views to which the magazine is open should be evident. On a topic as ambitious as “Revolution and Counterrevolution, 1917-2017” it would be irrational to expect complete agreement or to assume that one perspective has all the answers—the historical issues are too complex and the human stakes are too high. In planning this special issue, we therefore chose instead to invite some of the most profound left thinkers in the world, with whom we were familiar, to comment on this topic, certain that they would have important things to convey on the historical contours of the last century. Naturally, not all of the views expressed in this issue are ones with which we fully agree. Nor do the various authors fully agree with each other. Nevertheless, there is a common denominator in these analyses, which reinforce each other in many ways, providing in their totality a fairly coherent response to the problem of revolution and counterrevolution, from the Russian Revolution to today. Indeed, if there is a single underlying theme to the articles included here, it is that they all indicate that in interpreting revolution and counterrevolution over the last century emphasis must be placed on the strength and virulence of the counterrevolution, and that the errors of the revolutionists can only be assessed in that context.