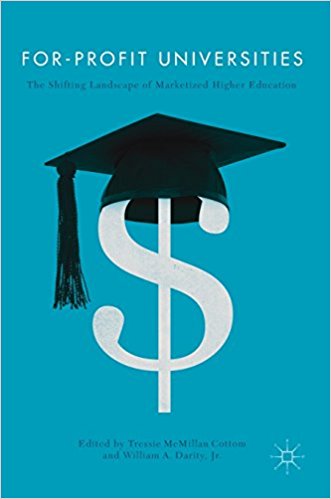 This edited volume proposes that the phenomenon of private sector, financialized higher education expansion in the United States benefits from a range of theoretical and methodological treatments. Social scientists, policy analysts, researchers, and for-profit sector leaders discuss how and to what ends for-profit colleges are a functional social good. The chapters include discussions of inequality, stratification, and legitimacy, differing greatly from other work on for-profit colleges in three ways: First, this volume moves beyond rational choice explanations of for-profit expansion to include critical theoretical work. Second, it deals with the nuances of race, class, and gender in ways absent from other research. Finally, the book’s interdisciplinary focus is uniquely equipped to deal with the complexity of high-cost, low-status, for-profit credentialism at a scale never before seen.