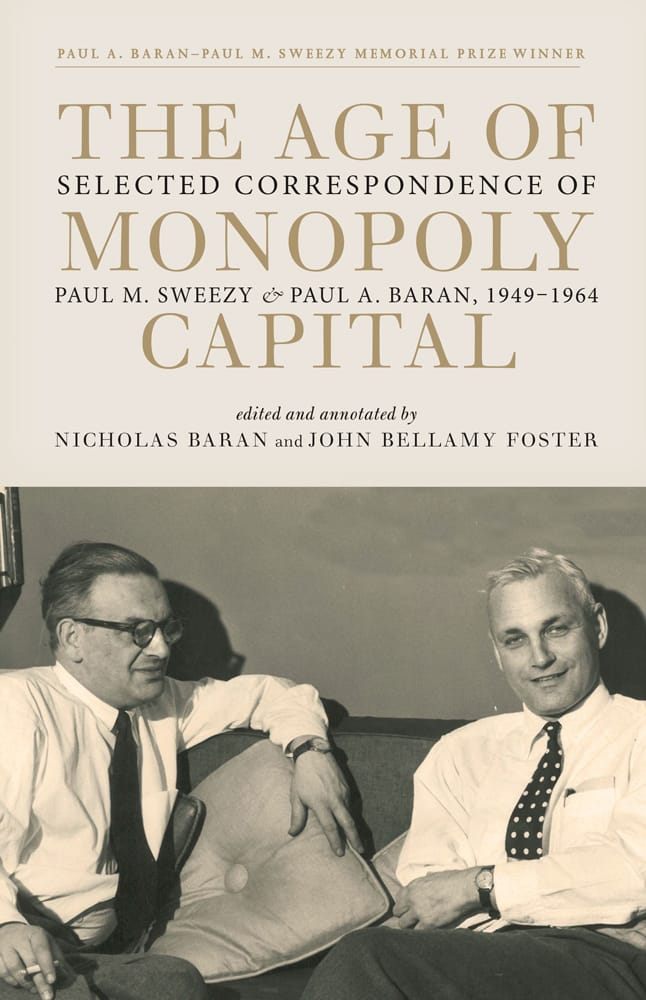 by Paul A. Baran and Paul M. Sweezy. Edited and annotated by Nicholas Baran and John Bellamy Foster. From Monthly Review Press:

Paul A. Baran and Paul M. Sweezy were two of the leading Marxist economists of the twentieth century. Their seminal work, Monopoly Capital: An Essay on the American Economic and Social Order, published in 1966, two years after Baran’s death, was in many respects the culmination of fifteen years of correspondence between the two, from 1949 to 1964. During those years, Baran, a professor of economics at Stanford, and Sweezy, a former professor of economics at Harvard, then co-editing Monthly Review in New York City, were separated by three thousand miles. Their intellectual collaboration required that they write letters to one another frequently and, in the years closer to 1964, almost daily. Their surviving correspondence consists of some one thousand letters.

The letters selected for this volume illuminate not only the development of the political economy that was to form the basis of Monopoly Capital, but also its historical context—the McCarthy Era, the Cold War, the Cuban Missile Crisis—in which these thinkers were forced to struggle. Not since Marx and Engels carried on their epistolary correspondence has there has been a collection of letters offering such a detailed look at the making of a prescient critique of political economy—and at the historical conditions in which that critique was formed.