New Book: Marx, Capital and the Madness of Economic Reason 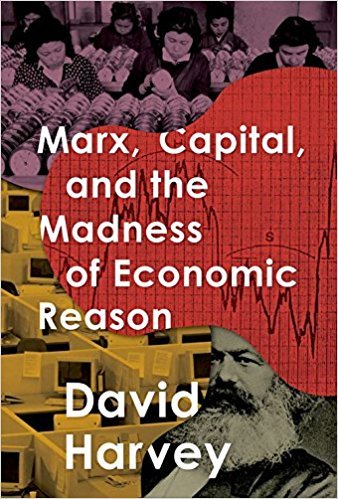 Karl Marx’s Capital is one of the most important texts written in the modern era. Since 1867, when the first of its three volumes was published, it has had a profound effect on politics and economics in theory and practice throughout the world. But Marx wrote in the context of capitalism in the second half of the nineteenth century: his assumptions and analysis need to be updated in order to address to the technological, economic, and industrial change that has followed Capital’s initial publication.

In Marx, Capital, and the Madness of Economic Reason, David Harvey not only provides a concise distillation of his famous course on Capital, but also makes the text relevant to the twenty-first century’s continued processes of globalization. Harvey shows the work’s continuing analytical power, doing so in the clearest and simplest terms but never compromising its depth and complexity.

Marx, Capital, and the Madness of Economic Reason provides an accessible window into Harvey’s unique approach to Marxism and takes readers on a riveting roller coaster ride through recent global history. It demonstrates how and why Capital remains a living, breathing document with an outsized influence on contemporary social thought.