New Book: Fighting Fascism – How to Struggle and How to Win 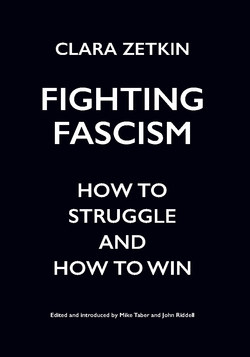 by Clara Zetkin. Edited by John Riddell and Mike Taber From Haymarket Books:

An organizer of the First International Women’s Day, Clara Zetkin presented this Report and Resolution on fascism at the June 1923 enlarged plenum of the Communist International’s executive committee. At a time when fascism was a new and little-understood phenomenon, Zetkin’s work proposed a sweeping plan for the unity of all victims of capitalism in an ideological and political campaign against the fascist danger.