Julio Huato On the 2017 economics Nobel 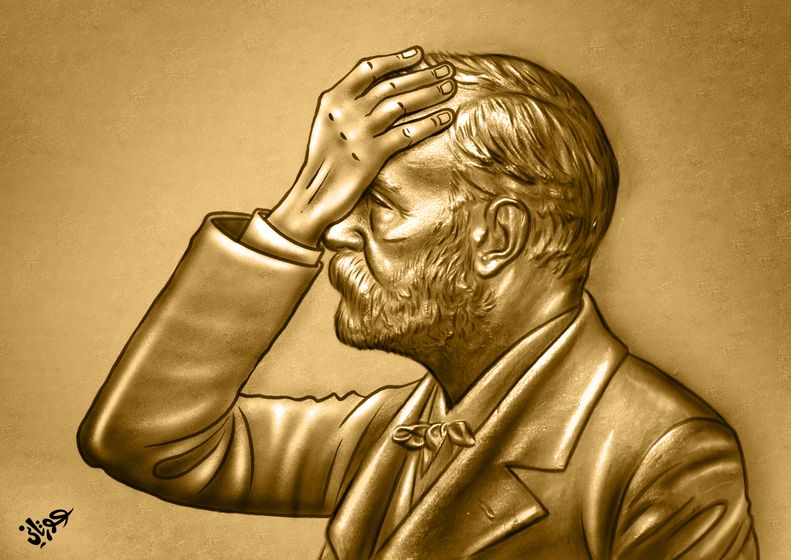 It went to Richard Thaler “for his contributions to behavioral economics.” Congratulations, Richard! In the domain of bourgeois economics, behavioral economics — Thaler’s work, in particular — is not one of the most egregious crimes of lesa scientia. It seems to me that, taken with due caution, it may be helpful to radicals. However, since people I respect are reacting negatively to it, I need to explain why I hold this generous view — which is basically the same reason why I would have congratulated Herbert Simon in 1978, Dan Kahneman in 2002, or Bob Shiller in 2013.

At least since Lionel Robbins, economists view their discipline as dealing with constrained choices (there are no other choices, though). In the last analysis, whether directly or indirectly, the choices involved are about humans allocating labor power or the time of labor activity that flows from it — their own or someone else’s — among alternative courses of action given resource limitations, social conditions, etc. The economists may not know it, admit it, or put it in these terms, because their stuff is mixed up with generous amounts of ideological garbage, but one can show that this is what their work ultimately amounts to.

This focus on the link “between ends and scarce means which have alternative uses” may appear narrowly technical to many, but — at least since Leonid Hurwicz’s work in the early 1970s on “mechanism design” — we must resist this interpretation. Hurwicz made it clear that the choice involved extended well into the historical “choice” of social structure.

Marx regarded his radical critique of political economy as concerned with the social relations of capital reproduction conditioned by the existing productive powers of labor. To the extent people are trying to build socialism, i.e. to consciously restructure their social relations in order to exercise democratic command over their productive powers, then the focus of conventional bourgeois economics on the link between ends and limited means comes in handy, provided the thick ideological crust that covers it is duly discarded.

May Marx forgives us all, but once socialism is explicitly introduced in our mental framework, then the job in front of us cannot be simply to pin down the “laws of motion” of capital reproduction, which given its essentially unplanned nature, it turns into the study of an unconscious social organism constituted unwittingly by relatively thoughtful individuals. I say “relatively thoughtful,” because private ownership (a.k.a. the class struggle and competition) places individuals and their organizations in ontological cages that damn them to the social evils inherent to “premature optimization” (Donald Knuth).

Pinning down the “laws of motion” that govern capitalist reproduction is, of course, part of the job. It is a preliminary stage in the study of the social formation. But, if we are to examine adequately the consequences of human conscious behavior in our thinking about society, then the rationality of the producers has to claim ground in our mental framework. This, of course, goes pari passu with the actual development of the working class — its formation as an increasingly conscious, united, organized, and militant class.

Even under the assumption of the uncontested rule of capital over society, a byproduct of the evolution of modern bourgeois economics is the realization that the partial and antagonistic elements of consciousness that individual capitals introduce in the reproductive process — however “microeconomic” in character they may remain — can be explicitly analyzed. This is particularly striking in the case of large and highly organized individual capitals. (I have a hard time viewing the type of planning that Walmart, Alphabet, Amazon, or Exxon Mobil pulls off as “microeconomic,” but that may be just me.)

Now, since any capitalist society needs the State and its organs (sometimes even multinational proto-States), even if their functions are subordinated to the logic of private capital reproduction (say, because the State, or at least its executive branch, behaves as the “executive committee of the common affairs of the bourgeoisie”), then the conscious element at the level of the social whole demands explicit consideration. This is required even if, as a result of the class economic structure and of the necessary existence of capital as “many capitals” in mutual competition (Marx), the State prematurely optimizes the interests of the part smuggling them as the interest of the whole. However classist, partial, and antagonistic in nature, economic policy is a significant conscious element influencing the reproduction of capitalist society as a whole.

In logical terms, perhaps the easiest way to illustrate this point to — say — undergraduate economics students is by highlighting the transition from the Leontief closed input-output model (where all demand is regarded as “intermediate” and all variables, but technology, are endogenous) to the open model, with “final demand” detached as a choice variable. Thus, the model ceases to be descriptive and becomes one in which the “planner” (i.e. whoever may manage to impose her/his particular interests on the rest of society) picks the level of final demand while the model helps her/him determine the proper target levels of each industry’s gross output, under the constraints imposed by existing technology as described by the input-output coefficient matrix.

Clearly, any explicit consideration of socialism or — short of that — any element of consciousness in the study of capitalist reproduction invites the use of mathematical optimization. The formal use of optimization methods impose the need for rationality postulates. One cannot optimize if the optimizer is not assumed to be rational in the sense of (1) knowing what she/he is optimizing and (2) being capable of mapping her/his possible actions to potential effects on what she/he is optimizing.

But, what is then the angle of “behavioral economics”? Behavioral economics — like Simon’s “bounded rationality,” which ingeniously includes the quantity of optimizing as an endogenous variable in the optimizing model — is the effort, not to reject altogether, but to make adjustments to the results derived from theories based on regular optimization by spotting behavioral quirks that deviate systematically from the usual rationality postulates. In some cases, these adjustments are significant, but in a large number of cases, the adjustments are minor and can be safely neglected. It all depends on the kind of questions you’re asking your model to answer.

In general, rationality is an abstract formalization of the definitional assumption (common among Marx’s followers) that what characterizes humanity is, essentially, labor, i.e. conscious or wilful activity. In other words, it is akin to the postulate that, when humans engage in the reproduction of their material and social lives, they act purposefully in a way that contrasts more or less sharply with the phenomena of nature. This means that, as humans engage in working activity, they necessarily start with a certain design or goal in their minds, and that they are able — as long as their existing productive powers permit it — to map the effects of their possible actions to the goal sought. (Remember the comparison that Marx makes between the mediocre architect and the artful bees.)

Humans, as long as they are such, are essentially rational in this sense. As long as their social relations split them into opposed classes and competing individuals, their rationality is partial and antagonistic, but it is rationality. To be sure, the rationality postulate means something different in different modeling contexts, and models vary widely in their scope, focus, specification, etc. In some models (e.g. in games that resort to Nash equilibria solution concepts), the postulate seems extreme in its demands, but that doesn’t invalidate per se these abstract notions of rationality. Rejecting rationality postulates on these grounds would be like discarding the geometric concept of the straight line because perfect straight lines cannot be found in the universe.

The reason why stricter or narrower rationality postulates may be used in theorizing is tractability. The stricter your postulates, the greater your chances of having a manageable, easy to interpret, and — hence — practically useful model. Relaxing the postulate typically leads to greater “complexity,” which is a term we should view as intimately related to the term “uncertainty” — which in plain English means (relative) ignorance. Knowledge — the negative of ignorance — is not about enshrining complexity, but about negating it or reducing it to a combination of simpler elements.

Behavioral economics does not negate or contradict regular theoretical economics, except in the dialectical sense. In other words, it negates it and complements it at once. The concrete usefulness of behavioral economics depends on the questions one wants a given model to answer. And, again, in a number of cases, there are questions whose answers can be well approximated with the standard optimization tools.

Now, if — given practical needs— the residual complexity left by regular optimization models appears large, and it can be broken down further by finding components in it that, though “irrational,” can actually be pinned down, then we should pin them down. Note that, if that element is truly irrational, then it may not be distinctively human. However, if irrational and all, it still exhibits a regular pattern (complex natural phenomena often exhibit regular patterns!), then we may want to identify such patterns, if that helps us advance knowledge in a practically useful direction. Formally speaking, this may not be the province of human or social science. It will be a shift towards biology or such. But so what? As long as it helps us grasp social phenomena more adequately, we’re the better for it.

This is the role that, I believe, “behavioral economics” plays in economic theorizing. It points to human behaviors that are dominated by “emotions” or “feelings” (the lizard brain in us clouding our straight thinking) that don’t lend themselves easily to systematization. Now, if we find clever ways to systematize them, thus making us revise the behavioral predictions of optimizing algorithms predicated on strong rationality postulates, so be it. We are advancing knowledge.

To sum things up: The Nobel committee has done much worse than this.