New Book: Trump in the White House – Tragedy and Farce 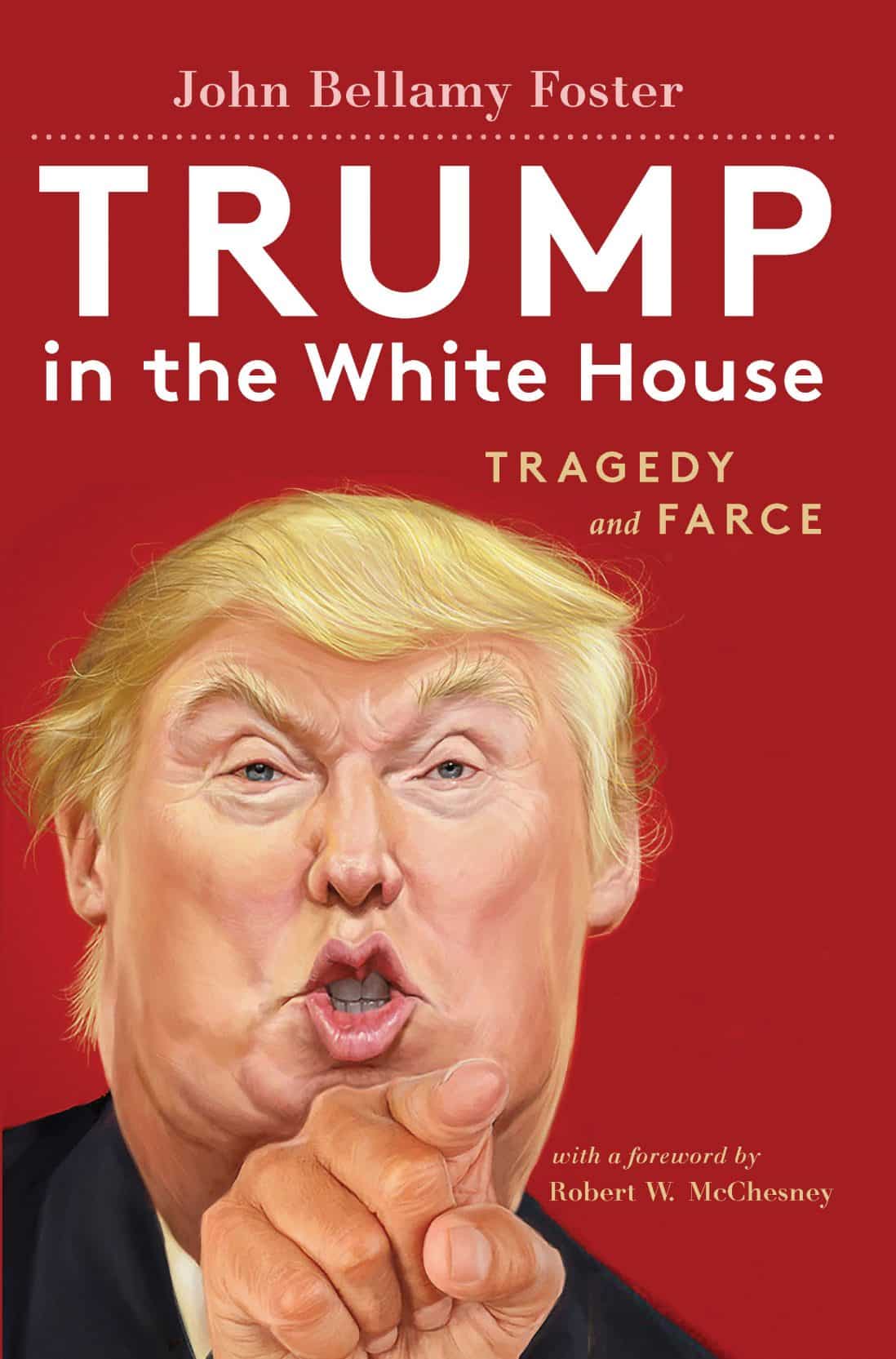 by John Bellamy Foster with a foreword by Robert W. McChesney. From Monthly Review Press:

Remember that metaphor about the frog that slowly cooks to death in the pot of increasingly warm water? Leftists have used it for years to describe how people can accept dwindling health care, fading job opportunities, eroding racial and gender equality—as long as the loss occurs gradually. Now, with Donald Trump having slouched off to Washington, most of the mainstream media are working overtime to convince us that we can still stand the heat. Leave it to John Bellamy Foster, one of the world’s outstanding radical scholars, to expose Trump for who and what he is: a neo-fascist. Just at the boiling point, Foster offers us cool logic to comprehend the system that created Trump’s moral and political emergency—and to resist it.

In Trump in the White House, John Bellamy Foster does what no other Trump analyst has done before: he places the president and his administration in full historical context. Foster reveals that Trump is merely the endpoint of a stagnating economic system whose liberal democratic sheen has begun to wear thin. Beneath a veneer of democracy, we see the authoritarian rule that oversees decreasing wages, anti-science and climate-change denialism, a dying public education system, and expanding prisons and military—all powered by a phony populism seething with centuries of racism that never went away.

But Foster refuses to end his book in despair. Inside his analysis is a clarion call to fight back. Protests, popular demands, coalitions: everyone is needed. Change can’t happen without radical, anti-capitalist politics, and Foster demonstrates that—even now, with the waters ever warming—it may yet be possible to stop the desecration of the Earth; to end endless war; to create global solidarity with all oppressed people. Could a frog do that?