The Political Economy of Obama/Trump 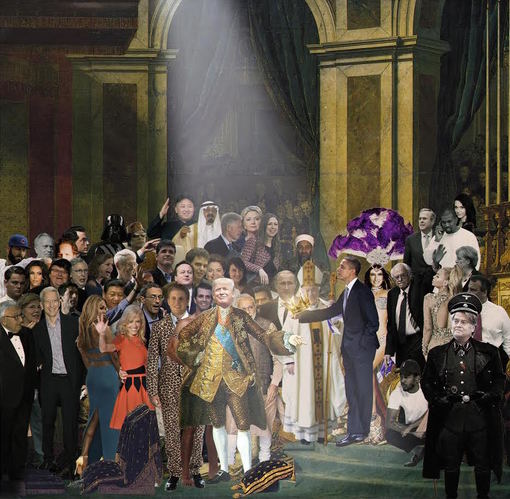 US capitalism is again careening down blind alleys. Earlier it had crashed into the Great Depression from 1929 to 1933 before lurching into the New Deal. After 1945 it concentrated on rolling back the New Deal until it turned sharply to neoliberalism and “globalism” in the 1970s. That provided the comforting illusion of a few decades of “prosperous normalcy.” When the second major crash in 75 years hit in 2008, it exposed the debt-dependent reality of those decades. It also sent capitalism careening through a new depression followed by a devastating austerity regime. The economic careening provokes the political: its establishment center cannot hold.

Among leading capitalist circles there was immediate fear that the 2008 crash might well revive the 1930s’ coalition of labor unions (CIO), socialist and communist parties that forced the New Deal from below. True, the sustained post-1945 persecutions of communists and socialists plus the persistent attacks on labor unions had destroyed the New Deal coalition, but no one could be certain that it might not rematerialize from a new generation. What could and did help to prevent that was inserting Barack Obama into the presidency. He was the quintessential liberal, urbane, counterpoint to the Bush-led GOP that presided over the Crash’s arrival. Hillary Clinton might have done the job but Bill Clinton’s enthusiastic embrace of all that had crashed in 2008 gave the job instead to Obama.

And Obama performed as needed. Strictly trickle-down economics was how his administration “handled” the 2008-09 crisis. Nothing remotely like the New Deal’s taxing the rich to fund programs for the poor and middle was proposed or debated, let alone adopted as policy. Roosevelt in the 1930s had created and filled many millions of federal jobs. Yet the deep unemployment problem of 2008-09 prompted no serious consideration or even discussion of a federal jobs program from the White House or congressional leaderships.

Given the conditions of global capitalism in the new century, a trickle down policy for the post-2008 US meant that “recovery” would be slow and bypass millions. It would likewise worsen the exploding income and wealth inequalities that had helped provoke the crash. Obama in the White House could temporarily calm and deflect mounting anger and resentment. His words and symbolic gestures effectively blocked many labor unions, students, white liberals and African-Americans from mobilizing against his administration’s economic policies. And when real opposition did arise in 2011, he suppressed it (as with the nationally coordinated forced removals of the Occupy Wall Street movement’s municipal encampments).

However, the powers that be paid a heavy price for the social quiet they purchased with Obama’s presidency. Sections of the white working class plus broad swaths of right-wing and conservative populations recoiled from the Obama administration. The 2008 crash had hurt them too. The trickle down recovery likewise largely bypassed them. Badly needing help, they resented “others” who seemed to have captured the government and would use it exclusively to help themselves. Indeed, those “others” included people they had long feared and/or hated: major parts of old party establishments coalescing with non-whites and “liberals.”

Bitterly, they seethed over symbolic slights, policy changes, and what they increasingly perceived as an America abandoning them to lower incomes, poorer jobs, and lower overall social status than they believed they had earlier enjoyed. Fearing to blame capitalism (and lacking even the vocabulary with which to think or articulate such blame), they undertook instead a classic selection of scapegoats: Mexico, China, North Korea, immigrants, ethnic and sexually identified minorities, Jews, women, and insufficiently nationalistic corporations. The different targeted scapegoats suffered according to their vulnerability: immigrants a great deal, China next to nothing. Trump, many Republican politicians, and rightwing organizations surged. They saw and grasped a moment of real opportunity for what they each represented.

The shared concern animating those gathering around and under Trump took the form of an economic presumption. US capitalism, they believe, is in a new period (maybe “post-neoliberal” or “post-globalized” or “neo-nationalist”). In this new period, the major corporations, the top 1% they enrich, and the top 10 % of managers and professionals they employ will no longer provide the rest of us anywhere near the number of well-paid jobs and generous government policies of the post-1945 period. Given this reality for them, they could hypothetically reduce, more or less equally across the board, the jobs, incomes, and public services available to the bottom 90 % of the US population. But at least in the short run, this is politically too dangerous.

The only other option they see is to divide the bottom 90% into two groups. For the favored one, jobs, incomes, and standards of living will be only marginally reduced or perhaps, if possible, marginally improved. For the other group, their economic situation will be savaged, reduced to conditions formerly associated with seriously underdeveloped parts of the planet.  The time has thus arrived in the US for a major struggle – economically, politically, and ideologically – over just who will be in those two groups. The violence lurking in this struggle has surfaced so far most starkly and provocatively in the murder of the protester at Charlottesville. It reflects the stakes in the proliferating struggles.

Trump keeps stoking the anxieties gripping large sections of the mostly white population about their deteriorating conditions. He also promises that they will become the favored group within the bottom 90%. Playing on race and ethnic (and also regional and educational) differences, he postures as their champion, the only leader who will favor them by protecting them against the threatening long-term descent into poverty and degradation. He attacks Obama as the leader who did (and Clinton and mainstream Democrats as leaders who would) favor and protect instead the non-whites, urban liberals, and coastal elites at the expense of Trump’s “deplorables.”

Neither Trump nor Obama (nor their respective party establishments) can conceive of the economic problems and threats they face as systemic in nature. A careening, out of control capitalism is nothing they see in past or present. Thus no notion of system change ever enters their discourses. They did not succeed in getting the mass of Americans to expunge system critique from the realm of possibility (hence recent polls about socialism versus capitalism and the Bernie phenomenon), but they did the job on their own minds. And while they did divert mass attention and anger from directly challenging the system, can they continue to do that?

US capitalism used up the Obama diversion to get through most of the first decade after the 2008 crash. It is fast using up the Trump diversion. The social groups kept from system critique by Obama have become noticeably more interested in it since he departed the White House. Trump only accelerates that process. Meanwhile, Trump’s followers keep waiting for the promised protection from decline, but it does not appear. They get lots of symbolism but little substance. He and they blame their usual others, but their frustrations may soon open them too to system critiques. Meanwhile, those critiques proliferate and mature across the society.

An out of control US capitalism careens into ever-deeper inequalities (economic, political and cultural) that worsen its confrontations and conflicts. Contradictions, like chickens, come home to roost.