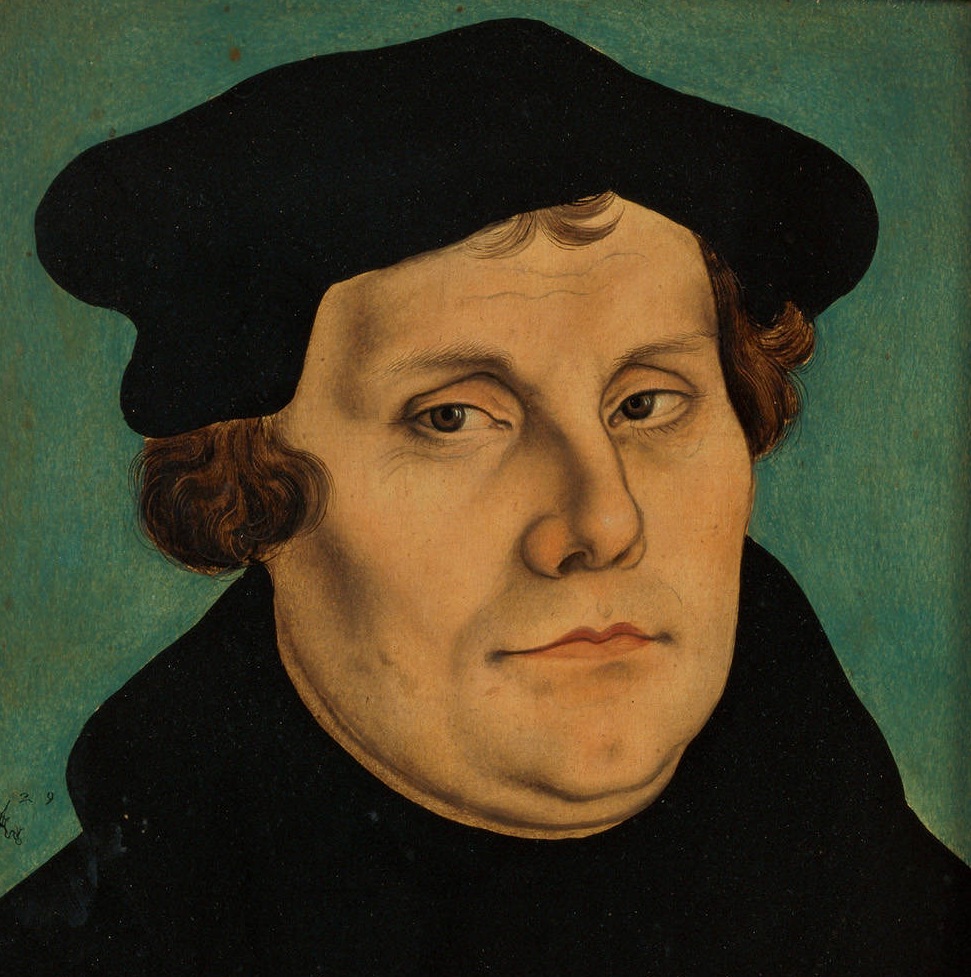 Why does not the pope, whose wealth is today greater than the wealth of the richest Crassus, build this one basilica of St. Peter with his own money rather than with the money of poor believers?

While chartalist political economy is now a well-developed critical project thanks to Modern Monetary Theory (MMT), chartalist historiography remains in its infancy. Pioneering efforts by Alfred Mitchell Inness, Michael Hudson, and Christine Desan notwithstanding, contemporary chartalism lacks a rich archive of social artefacts and requires more robust and interdisciplinary methods. MMT’s contribution to political economy is, of course, essential for comprehending the fiscal and legal bases of finance, employment, and production under present conditions. However, the future of money will also be forged in the fires of its still-largely opaque history. That is to say, possibilities for social and environmental justice tomorrow will hinge on the struggle over defining money’s past limits and potentials.

Take, for example, the recent account of the Protestant Reformation by Davide Cantoni, Jeremiah Dittmar, and Noam Yuchtman. Published by The Center for Economic Policy Research and later featured on Naked Capitalism, the essay argues that the tremendous economic transformation that accompanied the Reformation was precipitated by the breakup of a previously monopolized “market for salvation” and resulted in an “immediate and large secularization” of investment and production more generally.

It is clear that the authors’ entire thesis relies upon unquestioned neoclassical assumptions about the virtues of competitive markets, pricing on the margin, rational expectations, and econometric evidence; this alone should raise the eyebrow of any critical chartalist. Yet when viewed from an interdisciplinary historical perspective, their neoclassical fable of the Reformation melts into thin air.

The authors’ foundational error is to treat the Universal Church not as a governmental institution, as it would be in a chartalist reading, but as a sort of independent contractor providing religious services to interested individuals. They start by affirming earlier scholarship, which casts the various organs of the Church as “producers of salvation” for the lay Christians who served as the product’s “consumers.”

Having begun here, they introduce a second “product.” In addition to manufacturing salvation, the Church is also a supplier of legitimacy for so-called “secular rulers,” by which the authors primarily mean the monarchs of the emergent nation-states. Before the age of reform, the papacy held a spiritual monopoly, they explain, providing the crowned heads of Christendom with salvation, and especially legitimacy, for a very steep price. With the introduction of the new reformed confessions, however, the monopoly was broken, and sovereigns of every faith found they could now purchase the endorsement of religious leaders at a bargain. This meant that resources once diverted towards “religious” ends could be put to other, more “secular” uses.

Although it is hard to deny that the weakness of the papacy after 1517 allowed even Catholic rulers to enlarge the scope of their power, the rest of the account presented by Cantoni, Dittmar, and Yuchtman is far less credible. Their least plausible gesture is to stress a one-dimensional narrative of secularization at the expense of a more nuanced understanding of the evolving role of religion in European society.

The development of secular civil society in the West is obviously much debated. Was it a product of the later age Enlightenment? Or a gradual process unfolding over the course of many centuries? Instead of choosing either of these more plausible theories, the authors try to make the Reformation a dramatic turning point. Rather than a single step along a very long road, it is the site of a sudden realignment of social resources and political power away from the realm of the sacred, a moment when “human capital and fixed investment shifted sharply from religious to secular purposes.” The authors speak of a decline in the study of theology, “which paid off specifically in the religious sector,” of “increased [labor] demand in the secular sector,” and a reorientation of construction projects “towards the interests of secular lords – palaces and administrative buildings.”

This simplistic division is a mistake, and not because the transfer of social resources from the institutional church to monarchies and republics was imaginary; that it took place is beyond controversy. Instead we need to question the framing of the shift in terms of an opposition of “religious” and “secular.” Were the so-called “secular rulers” who benefited from the weakening of papal authority really less religious in their orientation?

Take the example of England! While Henry VIII dissolved most, although not all of the monasteries, it never occurred to him to abolish the English Church. Instead he placed himself at its head, appointing bishops, overseeing the indoctrination of his subjects, and setting the patterns of their worship; he did not abolish the papacy so much as take the pope’s place. He also laid claim upon the pope’s authority to punish heresy within his realm, a function enthusiastically continued by his children and successors, Edward, Mary, and Elizabeth. Can we really describe the empowerment of these rulers as a decline of the sacred at the expense of the secular?

And England is hardly an exception. The Catholic monarchs of Iberia inserted themselves even more dramatically into the spiritual lives of their subjects, and it was left to the “secular” town government of Geneva to establish perhaps the most systematically theocratic regime in the history of Western Europe.

The same may be said of the authors’ assertions regarding “secular” labor demand and “secular” construction projects. They speak of the “hiring of lawyers rather than theologians,” but a law degree had been a reliable path to success in the Roman curia since at least the thirteenth century; it would hardly be an exaggeration to say that the popes of the later middle ages employed more tax attorneys than doctors of theology. The authors also classify “palaces” as “secular” building projects, in contrast to churches and shrines, but this would be news to the architects and builders of the great ecclesiastical palaces of fifteenth-century Rome.

Moreover, by including “administrative buildings” on the “secular” side of the balance, the authors return to their original error. To treat courthouses and chanceries as more appropriate to a king or a prince than a cardinal or a pope means more than simply ignoring how many were built or refurbished to serve the needs of the massive papal bureaucracy. Ultimately, it is to forget that the pre-Reformation church was not a private provider of this or that service, but a source of political authority in its own right. It was not simply an impediment to the aspirations of would-be theocrats in London or Madrid, but their rival: a sophisticated and self-conscious governing project directed towards the collective life of Latin Christianity.

It is because Cantoni, Dittmar, and Yuchtman fail to recognize the political nature of the papacy that their simplified account of a rapid lurch towards secularization is necessary in the first place. Since they cannot acknowledge the real similarities between royal and papal regimes, they must resort to a forced opposition of kings and popes, royal lawyers and church lawyers, princes’ palaces and bishops’ palaces.

Their thinking allows no room for the true story, one not of supply and demand, provider and customer, but of contesting government enterprises, the decline of one, the papacy, and the rise of others in its place. This straightforward and compelling interpretation is inaccessible to the authors’ narrow neoclassical framing. They have already decided that the history of humanity is a story of producing and consuming, and buying and bargaining, and so this is what they find. And because this understanding is derived from a later era, namely the Enlightenment, they must impose the Enlightenment’s opposition of religion and secularism upon their account of the profoundly religious society of Reformation Europe.

Cantoni, Dittmar, and Yuchtman mistake a revolution in political and monetary governance for a story of markets, consumerism, and individual bargaining. As a consequence, they set forth a simplified and exaggerated story of secularization.

What is worse, by suppressing the Reformation’s true political contours, the authors misrepresent the period’s complex history and its potential meaning for a future politics. This suppression bears directly on the political history of chartalist thought. Cantoni, Dittmar, and Yuchtman reify the reformers’ own anti-chartalist impulses and make anything like a chartalist counter-history of the period imperceptible.

Because the great irony here is that it was the same age of Reformation which the authors so gravely misunderstand that cleared the way for the reductive vision of politics and economics upon which they rely. The later middle ages had nourished a number of diverse intellectual traditions, many of which anticipated chartalism’s sense of the potential of the state to answer the needs of the people.

In the era of Aquinas, Dante, and Accursius, a capacious and expansive understanding of law, government, sovereignty, and, above all, of currency, still seemed possible. It did not appear ridiculous to declare, as Dante does in De Monarchia, that the Empire cannot become insolvent because all things ultimately belong to the emperor.

In contrast, the greatest minds of the Reformation, Erasmus, Luther, Melanchthon, Calvin, helped complete the work of stifling and foreclosing these traditions, work begun with the parallel development of Humanism and Nominalism in the fourteenth century. In their ostensibly theological writings on God’s power and Christ’s redeeming grace, the reformers developed a style of contracted, zero-sum thinking which, extended to political economy, makes the limitation of public spending seem natural and inevitable. Such thinking is on full display in the two epigraphs above.

The claim of the English reformer William Tyndale that Christ is only strong when the individual is weak is a metaphysical foreshadowing of the modern Liberal doctrine that the state’s power to spend must come at the expense of the private wealth of the citizen. The underlying logic of such a statement points toward a notion of “private money” being “taken” by a grasping state apparatus which is already adumbrated in Luther’s famous Theses.

Laying the groundwork for the later emergence of Liberal political economy and the modern system of nation-states, the reformers actively purged late-medieval conceptions of the monetary instrument as a boundless public utility from the collective imagination. Instead, they construed money as a private, finite and decentered instrument, and sovereign governments as constrained by taxation revenues and borrowing. In historicizing the Reformation through a narrative of market maneuvering, Cantoni, Dittmar, and Yuchtman mirror the Reformation period’s self-serving repression of chartalism and bar chartalism’s political potential from expanding the contemporary political imagination.

Rather than disclose the real economic consequences of Martin Luther and the events associated with his intervention, Cantoni, Dittmar, and Yuchtman offer us precisely the sort of neoclassical fairytale that chartalists ought to critique and supplant. History is not a transparent window onto bygone times; it is an opaque antechamber to still-undetermined futures. For this reason, chartalists need to tell fresh and compelling stories about money’s complex political and social history. In the meantime, we must insist that if money is irreducible to market exchange, so too is its past. Otherwise, the fate of collective life will remain imprisoned in a dismal story that the Reformation scripted long ago.