New Book: How to Be a Marxist in Philosophy 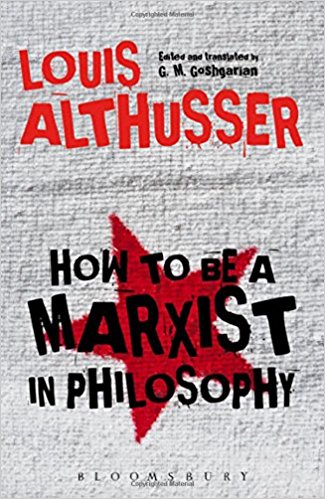 In How to Be a Marxist in Philosophy one of the most famous Marxist philosophers of the 20th century shares his concept of what it means to function fruitfully as a political thinker within the discipline and environs of philosophy. This is the first English translation to Althusser’s provocative and, often, controversial guide to being a true Marxist philosopher.Althusser argues that philosophy needs Marxism. It can’t exist fully without it. Similarly, Marxism requires the rigour and structures of philosophy to give it form and focus. He calls all thinking people to, ‘Remember: a philosopher is a man who fights in theory, and when he understands the reasons for this fight, he joined the ranks of the struggle of workers and popular classes.’ In short, this book comprises Althusser’s elucidation of what praxis means and why it continues to matter.

With a superb introduction from translator and Althusser archivist G.M. Goshgarian, this is a book that will re-inspire contemporary Marxist thought and reinvigorate our notions of what political activism can be.