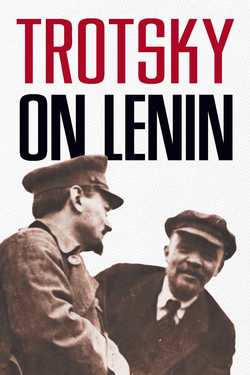 by Leon Trotsky. From Haymarket Books:

Combining Young Lenin and On Lenin in one volume, this is a fascinating political biography by Lenin’s fellow revolutionary, Leon Trotsky. Trotsky on Lenin brings together two long-out-of-print works in a single volume for the first time, providing an intimate and illuminating portrait of the Bolshevik leader by another of the twentieth century’s greatest revolutionaries.
Written shortly after its subject’s death, On Lenin covers the period of revolutionary struggle leading up to 1917 as well as the early years of Bolshevik power. We see a man totally committed to the revolutionary cause, whose legacy was later corrupted under the Soviet Union’s Stalinist degeneration. Young Lenin, meanwhile, describes his early years and conversion to Marxism, dispelling many of the myths later created by Soviet hagiography in the process. The essential guide for anyone wanting to understand Lenin as a thinker, active revolutionary, and personality.