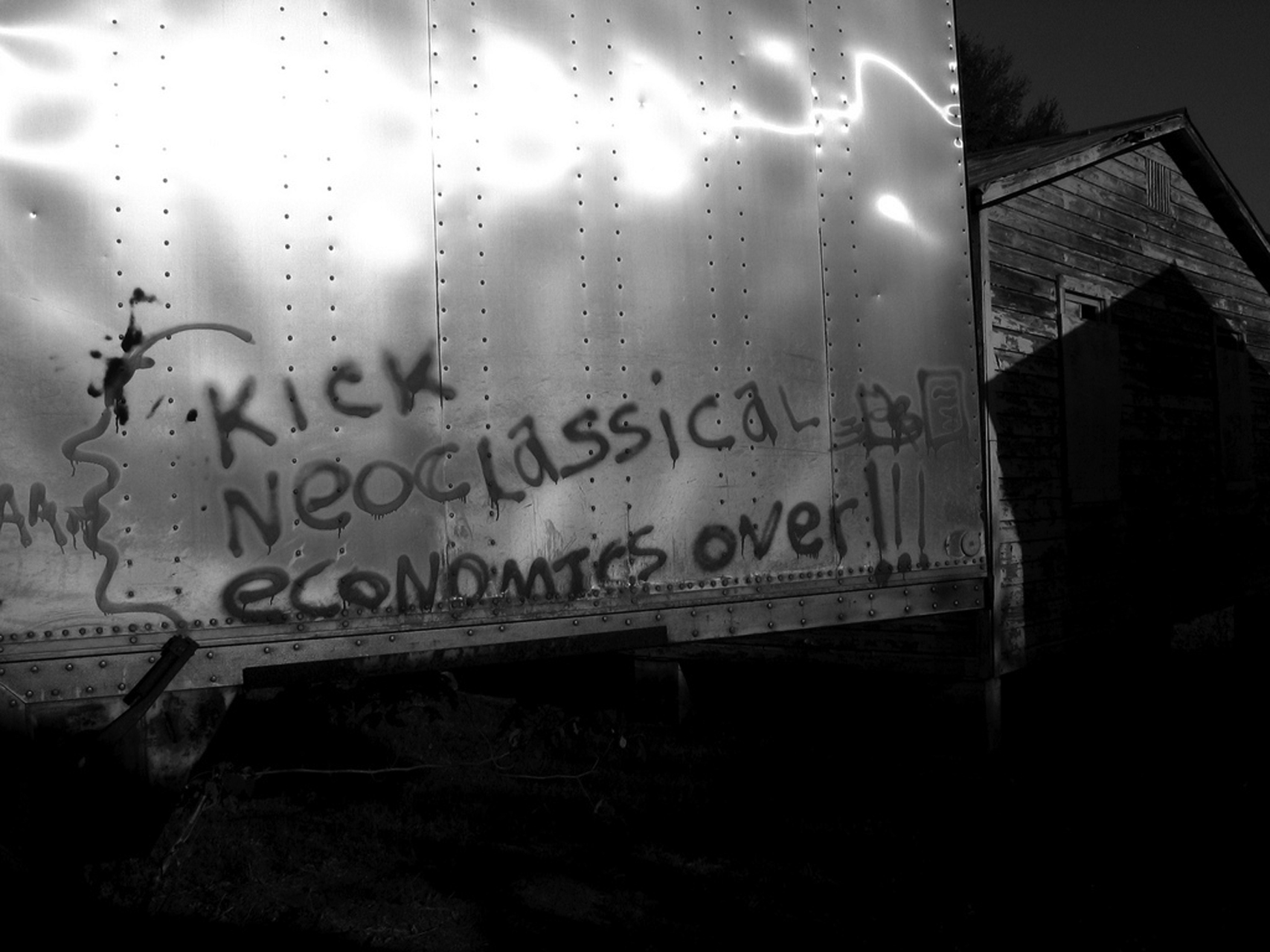 The Union for Radical Political Economics is 50 this year, and a notice has just been sent out about a 50th anniversary celebration at the University of Massachusetts .  URPE was started in 1968 because of great frustration with standard economics, which  had limited theories (neglecting power, for one thing) and confined to a narrow range of problems which did not include such things as imperialism, the military industrial complex and discrimination. I was one of the group of economics graduate students at the University of Michigan, that, after several years of working for change at the U.M. economics department, sent out a call for a new organization embodying different principles to economics departments across the United States.  The response was great, and URPE was begun.  (See the 1968 URPE Prospectus.)

URPE and the organizations and publications that preceded and came after its establishment, have come to be known as heterodox, for expressing a variety of analyses and analytical frameworks such as Marxism and Institutional Economics not present in standard economics.  This significant group has permitted much useful analysis to be presented, which otherwise would have been stifled by standard economic journals.

Alas,  the divide between standard and heterodox economics continues today. Gary Dimski gives an excellent description of the current situation:

Academic economics departments… are structured as clubs, to which only those who have paid the membership fee (a doctorate in economics) and follow rules of decorum are admitted. And a centrally important rule is to develop explanations that conform with (or at least do not directly challenge) the postulate of rationality. This rule can be substituted by another, the expectation that one should publish consistently in leading academic journals, as conventionally defined. In this case, the power line is policed at a distance. Heterodox discourses have survived and even flourished. However, the spaces available for circulating, publishing, and testing heterodox ideas exist largely outside of the academic venues for neoclassical research.

This power line within the discipline, then, largely separates those whose explorations of the social–economic interface often lead them to bring discussions of social power into economic discourse, from those who prefer to identify rigidities or incentive problems in market mechanisms. This divide, in turn, leads to strong asymmetries in lines of communication within economics. Economists working with neoclassical premises have numerous channels for exchanging ideas among themselves, and the same – less well resourced, in the main – is the case for economists working in heterodox traditions. There are, however, precious few opportunities for exchanges between those pursuing heterodox ideas and those pursuing neoclassical premises.

–Gary A. Dymski The neoclassical sink and the heterodox spiral: political divides and lines of communication in economics

This power line is the reason for this website. Back in the 1970s I tried to get the notion of harm or exploitation into standard economics, but failed. Now, many years later, retired, I am trying again. There has been a significant increase in the understanding of harm by standard economists since I last tried,  especially by those studying the economics of conflict, but this hasn’t made it very far into the general understanding of economists, expressed for example in texts for standard courses such as price theory. This website is an attempt to inform students and people in general about the important role of harm in the world, something they will not yet get from standard economics courses. (See especially the Overview  and related pages.)

The struggle to build and teach a more relevant economics continues. In fact, this op-ed was prompted by a recent meeting  of one of the groups active in this effort, Rethinking Economics.  See an op-ed by one of the participants.

And Dollars & Sense has just published four new books for use in economics courses to provide alternative perspectives to standard economics.