Modern Money and the Future of the Aesthetic 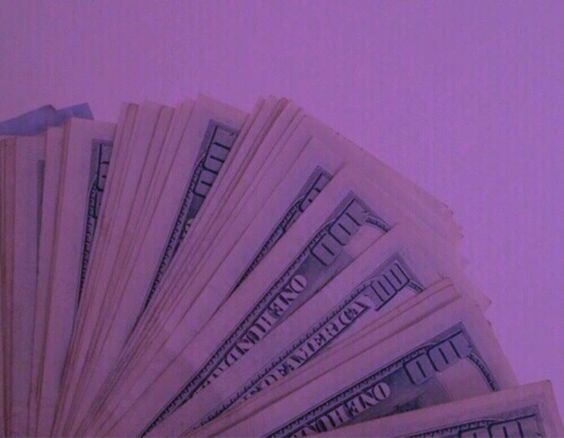 Aesthetics is an expansive and foundational category of modern life, organizing our thoughts, institutions, and practices. As a professor of film and media studies, I typically engage aesthetics through the history of moving images. Here, however, I wish to question the political and historical construction of the aesthetic more broadly.

My contention is that the social and historical forms that organize modern aesthetic thought and practice are themselves thoroughly shaped by an impoverished Liberal conception of money.

Albeit in variegated ways, Liberal political economy imagines money as a private, finite and decenteralized exchange relation. While socially constructed and utterly abstract, Liberal money is characterized by its seeming phenomenological immediacy, or thisness, and is thought to be alienable like a finite substance.

By contrast, I claim that, from a critical perspective, we need to rethink the history of aesthetics as one that is deeply contingent upon the boundless public money instrument that has been made visible by the contemporary heterodox school of political economy known as “neochartalism” or “Modern Monetary Theory” (MMT). From MMT’s perspective, money is a limitless and inalienable public utility, which not only joins laborers at a distance, but can always be made to serve social and ecological needs.

I argue not simply that governments can afford to create a world in which aesthetic practices thrive, nor only that public spending ought to be used to promote the arts. Rather, I insist that the story of modern aesthetics is conditioned as much by Liberal ignorance, negligence, and violence, as it is by sovereign money’s funding and cultivation of aesthetic practices.

With this, I reconceive the modern aesthetic project as a whole.

By the “aesthetic” or the “modern aesthetic project,” I refer not to the arts in particular. Arguably, every human society practices art and integrates such forms into common life.The modern aesthetic project, however, denotes a historically specific and originally Western philosophical and cultural category. This category carved out sensuous experience as a relatively autonomous domain, which was separated from everyday commerce and promised to expand human experience.

It is this historical category that came to shape and give meaning to our modern sense of the arts, and it is crucial to understand that the modern aesthetic project is irreducible to the history of artistic forms alone.

As I see it, the problem with the modern aesthetic project is that, since the Enlightenment, the thinkers of aesthetics have set the aesthetic sphere against the monetary domain in an entrenched and ill-fated dialectical conflict.

Initially, bourgeois philosophy and culture positioned the aesthetic field against political economy, that is, in opposition to the world that money primarily organizes. This is because an emergent bourgeois Liberalism was intensely ambivalent about the monetary sphere. On one hand, the world of money was seen as a great site of production, cooperation, and wealth. On the other hand, it was understood to be a highly imperfect domain, marked by homogenizing calculations, private competition, uncertainty, risk, deception, and both material and social privation.

The aesthetic, meanwhile, was conceived as a domain defined by sensuous abundance and diversity, individual and collective freedom and, communions with society and nature.

In other words, aesthetic mediation promised everything that monetary mediation left to be desired. From Adam Smith’s The Theory of the Moral Sentiments (1759) to Immanuel Kant’s Critique of Judgment (1790), the aesthetic field was posited as a refuge from and antidote to all things monetary—both in thought and in cultural practice.

Soon, radicals from Karl Marx and William Morris to Andre Breton and Walter Benjamin dialecticized the bourgeois opposition between money and aesthetics toward socialist and communist ends. Aiming to transcend or “sublate” the opposition between political economy and aesthetics, such radicalism sought to move beyond money’s inherent alienations and replace the monetary form with free associations modeled after the sensuous diversity known to the aesthetic sphere.

According to the conventional story, this radical gambit largely fell into ruin with the neoliberal or so-called “postmodern turn.” During the neoliberal era, capitalist spectacle and simulacra increasingly subsumed aesthetic thought and production, realizing radicalism’s long-sought sublation of money and aesthetics on capital’s terms.

Today, aesthetic theorists readily acknowledge that the aesthetic was always something of a myth. And for better or worse, most contemporary critics concede that the modern aesthetic project has lost its totalizing utopian promise. For this reason, they tend to adopt more modest critical practices and goals.

Still, the dialectic between money and aesthetics lives on in aesthetic thought and practice like some undead monster. We aestheticists know the money/aesthetics opposition provides less and less critical purchase on contemporary art and culture. Yet when it comes to the political economy of aesthetic production, we seem unable to formulate problems and arguments in any other way.

Indeed, far from an antidote to or revolutionary overcoming of economic alienation, I contend, the aesthetic functions as an inverted image of the Liberal money form’s own fetishized immediacy and ephemerality. The aesthetic project mirrors Liberal money’s decentralized finite encounters in a redeemed and apparently salutary form. Yet through this mirroring, the aesthetic reifies Liberal money’s metaphysical commitment to finite and proximal relations and renders sovereign money’s macro-level structures and possibilities imperceptible.

A symptom, Sigmund Freud tells us, is a distorted compulsion to repeat a prior conflict or trauma. Paradoxically, the symptom expresses a wish to overcome discord and suffering, but its incessant and disfiguring search for pleasure within the very same pain forecloses any chance of genuine resolution or enjoyment.

Such is the symptomatic character of the aesthetic. Playing the role of Liberal political economy’s utopian doppelganger, the aesthetic unendingly repeats and reifies Liberal money’s narrowness and austerity.

Unfortunately, no matter how seemingly emancipated, variegated, or lush, any political economy founded upon modern Liberalism’s contracted ontology is bound to fail a large-scale community.

In this way, the aesthetic project expresses at once the tragedy of Liberal privation, Liberal modernity’s desire for something better, and a collective incapacity to imagine otherwise.

With this in mind, then, my message to contemporary theorists of aesthetics is this: let us finally let go of the tired money/aesthetics dialectic by embracing money as boundless public utility. Let us also unapologetically affirm the fact that money is the primary medium upon which aesthetic thought and practice depend.

Going further, we might additionally learn to appreciate that money itself is a kind of aesthetic medium—not a plastic art on the model of painting or sculpture but, instead, what I call a “proto-aesthetic instrument,” which plays an essential role in both cultivating and alienating the shared sensuous life in which specific aesthetic forms take shape.

Critical aesthetics scholars ought to pay keen attention money’s proto-aesthetic field, while refusing the impulse to imagine the aesthetic’s sensuous and social possibilities solely against the backdrop of private exploitation and alleged market crises.

To be sure, aesthetic thought and practice ought to remain a site of social critique and fabulation. It ought to expose unjust systems that privilege capitalists over social and ecological communities and imagine alternative ways of making and belonging.

Henceforth, however, aesthetic theorists must avoid conflating sovereign money and private exploitation. And we must also radically rethink the bankrupt historical categories through which we approach the aesthetic’s problems and potentials.

Contemporary aesthetic praxis needs modern money. The future of the aesthetic depends on it.